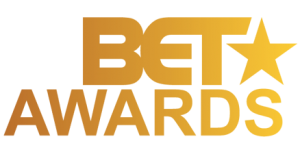 BET Networks has partnered with Coca-Cola®, SUBWAY® Restaurants, Ford, Macy’s, Pantene, State Farm, Nissan, the new Cricket Wireless and Domino’s Pizza to deliver the hottest night in television, the “BET Awards” 14, which will air live on Sunday, June 29th at 8:00 p.m.* Ford is partnering with BET once again to sponsor the “BET Awards” 14 red carpet and will announce the lucky winner of the “#Mustangandme” contest, where the winner will receive the all-new 2015 Mustang.

The “BET Awards” is one of the most watched award shows on cable television according to the Nielsen Company. The “BET Awards” franchise remains as the #1 program in cable TV history among Urban-Americans, and it is BET’s #1 telecast every year. It recognizes the triumphs and successes of artists, entertainers and athletes in 19 categories.

The highly-anticipated event airs live, Sunday, June 29th at 8 p.m. on BET from the Nokia Theatre L.A. LIVE and is guaranteed to be the hottest ticket on television.