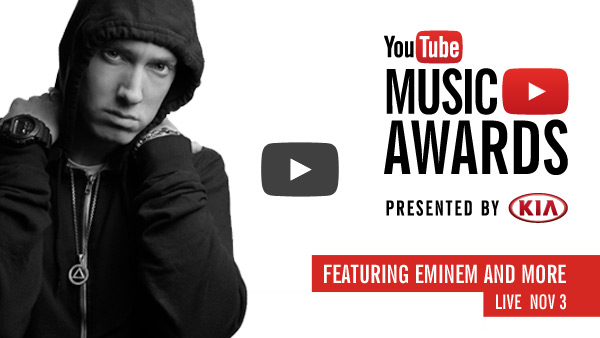 Want to be part of the YTMAs on November 3rd?

You could announce YouTube’s Artist of the Year award. Make a crazy video of yourself saying a single word, and submit it on: https://putmeintheytmas.com If your video is chosen, it’ll appear in front of millions of people this Sunday.

Watch the awards show Sunday, Nov. 3rd, at 3 p.m. PST/ 6 p.m EST to see if your video made the cut, and rock out to live performances from Eminem, Lady Gaga, Arcade Fire, Avicii, M.I.A, Earl Sweatshirt, Tyler the Creator, Walk Off the Earth and more. And don’t forget: there’s still time to vote for your favorite artists at YouTube.com/musicawards

Google’s video sharing service announced the 90 minute awards show. YouTube users will drive the nominations, and users will vote for the winners. YouTube will showcase hours of prerecorded performances taped across the world.

YouTube has announced the artists and videos for its first annual Youtube Music Awards, with the voting process starting today. Based on views and ‘fan engagement’,  Miley Cyrus, Lady Gaga, Girls Generation and PSY (still). At the same time, the users and less mainstream artists that make YouTube what it is are also represented in categories like “Response of the Year” and “Innovation of the Year.”  place your vote at the source link and expect to hear who the winners are at YouTube’s live event in New York on November 3rd.

Video of the Year: Honoring the world’s most loved music videos, these nominees represent the videos with the most fan engagement on YouTube over the last year.

Artist of the Year: Honoring the acts YouTube fans have made stars, nominees represent the most watched, shared, liked, and subscribed-to artists on YouTube.

Response of the Year: Honoring the best fan remix, parody or response video, these nominees represent the top “unofficial” fan videos on YouTube based on your views, shares and other activity.

YouTube Phenomenon: Recognizing the YouTube trends the world could not escape from, nominees are based on the phenomena that generated the most fan videos.

Innovation of the Year: Starting with videos selected by an international panel of musicians, YouTubers and creative luminaries, we then selected the creative video innovations that resonated most with fans on YouTube, based on views, likes, shares and comments. 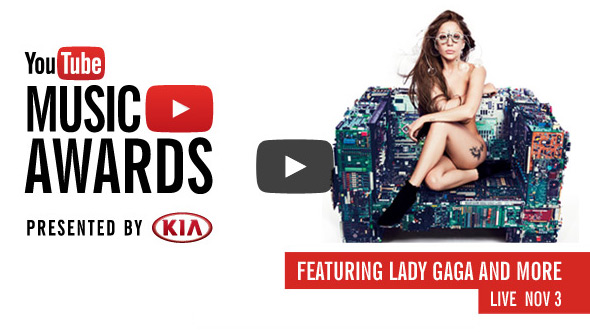