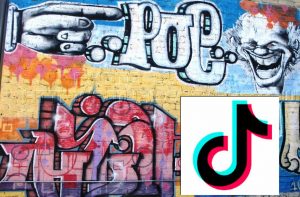 The app’s hits seem to emerge Magically, but the success of artists like Megan Thee Stallion reveals a highly managed curation process.

When Megan Thee Stallion took off her bright orange mask and walked onstage to accept her Grammy on March 14, she fought back tears and thanked God, her mother, and her managers for helping her become the first female rapper to win the award for best new artist in two decades. But the rapper, whose real name is Megan Pete, made no mention of another entity that helped turn her song Savage into a No. 1 hit: the mobile app TikTok.

But the success of Savage didn’t come out of nowhere. It resulted from a savvy marketing campaign, where TikTok’s management analyzed user data and advised Pete’s label on how to promote her, eventually landing on the infectious hit as the best vehicle to do so. Social media has always been less spontaneous than it appears, but from its inception, TikTok has been even more controlled than competing apps. Company executives help determine which videos go viral, which clips appear on the pages of personalized recommendations, and which trends spill out from the app to flood the rest of the world.

TikTok Remains the Most Downloaded App in Q1 2021, According to New Data. Despite various challenges, including a US Government push to ban the app entirely, the latest download stats from App Annie underline the enduring popularity of TikTok, which continues on its march to becoming the next billion-user social app

TikTok’s hold on American culture began with Alex Zhu, who started Musical.ly, the lip-syncing app that turned into what we now know as TikTok. Zhu grew up in China and studied civil engineering at Zhejiang University. He went to San Francisco to work at global software company SAP SE. On a train ride through Silicon Valley in 2014, Zhu was fascinated by the American teenagers listening to music and shooting video on their phones and decided to create an app that joined the two.

Although tech companies have often clashed with record labels, Zhu’s plan was always to work with the music industry rather than disrupt it. Zhu, 36 at the time, obsessively tracked user behavior, even registering fake accounts to interact with elementary and middle school kids. He personally courted rising stars by calling them and their parents at home and taking their families out to dinner. Zhu, through a company spokesperson, declined to comment.  TikTok Data-Mined Videos Are So Much Fun

TikTok, a social network where people post short videos, often set to music, has become this generation’s hit machine. Like many TikTok sensations, Savage appeared to bubble up spontaneously from the enthusiasm of its users, who choreographed their own dances for the song, introducing it to other fans who watched those videos tens of millions of times.
That mysterious formula for success on TikTok has turned the app into the most important new social media platform in years—which in turn thrust it into the center of a major geopolitical dispute.

“Sonically synched to the TikTok experience, the channel will feel like a radio version of the platform’s “For You” page. The TikTok Radio channel will feature a diverse group of TikTok creators showcasing trending music and stories behind the songs throughout each day, as well as a weekly music countdown dedicated to TikTok’s top trending tracks.” 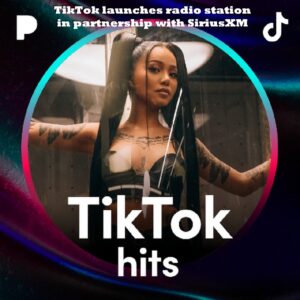 TikTok, SiriusXM and Pandora today announced they are joining forces on the rollout of new and innovative content across each of their platforms. Creating listener experiences curated specifically for each platform’s loyal fans will allow TikTok, SiriusXM, and Pandora to deliver access to groundbreaking programming, exclusive performances, special events, and some of music’s top and emerging talent.

Sonically synched to the TikTok experience, the channel will feel like a radio version of the platform’s “For You” page. The TikTok Radio channel will feature a diverse group of TikTok creators showcasing trending music and stories behind the songs throughout each day, as well as a weekly music countdown dedicated to TikTok’s top trending tracks. Listeners can expect to hear directly from music’s next generation of rising stars and whatever else the TikTok community is vibing to.

Also, beginning today, Pandora is launching a series of exclusive hosted playlists featuring popular TikTok creators who will take listeners through their favorite songs with special commentary about their selections. The creators will be curating, hosting, and promoting the  playlists to their fans on TikTok. The TikTok Tastemakers series will kick off with Bella Poarch, and other creators including Christian Shelton and Nick Tangorra following in the coming months. Pandora listeners can also tune into the TikTok Hits Playlist featuring all of the latest and greatest songs featured and trending on TikTok.

How To Become TikTok Famous…Clickhere