SBA Disaster Assistance in Response to the Coronavirus    How to Survive & 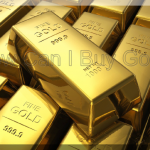 The Recording Academy® and its affiliated charitable foundation MusiCares® have established the COVID-19 Relief Fund to help people in the music industry affected by the coronavirus disease (COVID-19) outbreak and subsequent cancellation of multiple music events. From hotel and bar gigs to major music festivals, COVID-19 is deeply impacting live music events, and the creative community behind it all.

Administered through MusiCares, the COVID-19 Fund will be used to directly support those in the music community with the greatest need. To establish the fund, both the Recording Academy and MusiCares have contributed an initial donation of $1 million each, totaling $2 million. Additionally, all Recording Academy Chapters have committed to fundraising in their local communities. Further updates and announcements will be made in the coming days.

“Event cancellations are at unprecedented levels and the situation therefore requires an unprecedented response. Many people in the industry are now in crisis, not knowing what the future holds or having to deal with dire commercial realities. We are asking the entire industry to stand with us to support the musicians, artists and professionals who are the bedrock and the future of our music community.”

“It’s in times like these that many of us turn to music. Music can help us cope, and has the power to bring us together during a time when many of us might feel isolated. We encourage people everywhere to embrace the music industry which needs our help in these uncertain times.”

“The music industry is built on the work of musicians, artists, and music professionals. It is in times like these, that the industry needs to come together to support those who are struggling, particularly those who rely on touring incomes to survive. We know this fund will need to be significant. We will not be able to do it alone, and that’s why we are asking the entire music community including labels, streaming services, and anyone who is able to join us in this important effort. We’re all in when the good times roll, and it’s important that we’re all in when times are tough, too.”

If you wish to support our efforts to assist music people in need, visit: grammy.com/MusiCares/CoronavirusReliefFund

If you are a member of the music industry in need of assistance, visit: musicares.org.

The MusiCares COVID-19 Relief Fund was created to help music people affected by the pandemic due to the cancellation of income-generating music events and other industry work opportunities. Since the fund’s establishment two weeks ago with initial seed donations of $1 million each by MusiCares and the Recording Academy, millions more have been raised with the support of numerous partners. However, more is needed to meet the demand.

“It’s incredible to see how many within the music industry have continued to show support for COVID-19 Relief efforts,” said Steve Boom, chair of MusiCares. “The impacts of this virus are very real, as many struggle to know where their next rent payment is coming from, or how next week’s groceries are going to be paid for. Our fund is there to help meet those needs as much as it can, and every gesture of support counts.”

“So many people in our community remain in desperate need and many are living day to day whether they are a gigging musician, sound engineer or event logistics person,” said Harvey Mason jr., Chair and Interim President/CEO of the Recording Academy. “We are thrilled that so many in our community are coming forward to support each other and we are grateful for all the organizations who are standing in the gap for music people in need.”

Beyond the initial donations, all Recording Academy Chapters have committed to fundraising in their local communities. Additionally, the Recording Academy appealed to Congress to further protect musicians, performers, songwriters, and studio professionals such as self-employed gig workers who are impacted by cancellations due to the ongoing pandemic. The stimulus package has since passed, and includes key provisions and protections that will benefit countless music industry professionals who are struggling in the wake of Coronavirus.

With the MusiCares COVID-19 Relief Fund, music industry professionals, including artists, production crews, technicians, and anyone impacted by the loss of income due to live music event cancelations, can apply for basic living assistance.

ABOUT THE RECORDING ACADEMY
The Recording Academy represents the voices of performers, songwriters, producers, engineers, and all music professionals. Dedicated to ensuring the recording arts remain a thriving part of our shared cultural heritage, the Academy honors music’s history while investing in its future through the GRAMMY Museum®, advocates on behalf of music creators, supports music people in times of need through MusiCares, and celebrates artistic excellence through the GRAMMY Awards® — music’s only peer-recognized accolade and highest achievement. As the world’s leading society of music professionals, we work year-round to foster a more inspiring world for creators.

A friend and ally of the music community, MusiCares was established by the Recording Academy to safeguard the health and well-being of all music people. A four-star charity and safety net in times of need, MusiCares offers confidential preventive, recovery, and emergency programs to address financial, medical, and personal health issues. Through the generosity of our donors and volunteer professionals, our dedicated team works across the country to ensure the music community has the resources and support it needs.

If you wish to support our efforts to assist music people in need, visit: grammy.com/MusiCares/CoronavirusReliefFund

If you are a member of the music industry in need of assistance, visit: musicares.org.

Netflix has created a $100 million relief fund to help members of the creative community who have been left unemployed and without a way to earn an income during the coronavirus crisis. The streaming giant said the bulk of the funds will go toward supporting laid-off crew members.

“The COVID-19 crisis is devastating for many industries, including the creative community. Almost all television and film production has now ceased globally — leaving hundreds of thousands of crew and cast without jobs,” Netflix’s chief content officer Ted Sarandos said in a statement. “These include electricians, carpenters and drivers, many of whom are paid hourly wages and work on a project-to-project basis. This community has supported Netflix through the good times, and we want to help them through these hard times, especially while governments are still figuring out what economic support they will provide.”

Additionally, $15 million of the Netflix fund will go to third parties and non-profits that offer emergency relief to out-of-work crew and cast in countries where there’s a large production base. Of that, Netflix said it will donate $1 million each to the SAG-AFTRA COVID-19 Disaster Fund, the Motion Picture & Television Fund, and the Actors Fund Emergency Assistance in the U.S., as well as $1 million between the AFC and Fondation des Artistes. Sarandos said the company is also working with industry organizations to bolster relief efforts in Europe, Latin America and Asia, where many of its movies and shows are shot.

Netflix will also look at projects it was on production on when filming was suspended to determine if various crew members and workers need assistance.

“What’s happening is unprecedented,” Sarandos said. “We are only as strong as the people we work with and Netflix is fortunate to be able to help those hardest hit in our industry through this challenging time.