The luxury brand issued an apology on Instagram stories today. “We sincerely apologize for any offense our holiday campaign may have caused,” the post read. “Our plush bear bags should not have been featured with children in this campaign.”  They added that images of the campaign have been removed from all of the brand’s platforms.    Balenciaga Slammed for Controversial Kids Campaign

The photos were taken by National Geographic photographer Gabriele Galimberti, known for his photographs of children and “Toy Stories” project and portfolio. Users were critical of Balenciaga for running the photos, with many pointing out the disturbing implications of the photoshoot.

“The kids don’t know it’s fetish gear but the adults seeing these pics sure do,” one user wrote. “Balenciaga bringing pedo chic to the masses. Very on-brand for 2022,” another commented.

The photos of the kids weren’t the only images that raised eyebrows. In one image, which focused on a Balenciaga handbag next to a scattering of documents, one of the papers appeared to be from the 2008 Supreme Court case, United States v. Williams. The case involved a man named Michael Williams who posted messages offering to exchange child sexual abuse materials with other users. 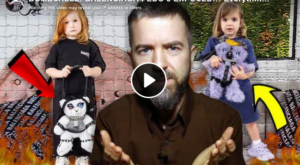 Balenciaga addressed the document in a separate Instagram Story: “We apologize for displaying unsettling documents in our campaign. We take this matter very seriously and are taking legal action against the parties responsible for creating the set and including unapproved items for our Spring 23 campaign photoshoot. We strongly condemn abuse of children in any form. We stand for children safety and well-being.”  The apology comes just a few days after the brand deleted its Twitter account.

“If after promoting the sexualization of kids, #Balenciaga isn’t forced to endure a major overhaul, or better yet go under, it demonstrates all you need to know about the current state of the world’s elite corporations. Their apology is ridiculous. They were testing the waters.”

“Balenciaga just issued the most disgusting apology ever,” someone else wrote, while a separate user posted, “Is Balenciaga dodging accountability by blaming the set designers or am I trippen [sic]? What were the unapproved items? Did they JUST realize children shouldn’t be involved after being called out? Lmaoo this apology solves nothing.”

Balenciaga Apologizes And Pulls ‘Disgusting’ Advert After Being Accused Of Sexualizing Minors; Tucker Carlson Says Ad Campaign Should Be Viewed As A ‘Crime’

When Fox News reached out to Balenciaga for comment, they had no response, but Tucker didn’t stop there — the 53-year-old questioned why there’s been such a lack of moral outrage over the scandal. “There’s no front-page New York Times editorial against it, and of course, Instagram let the advertisement run, endorsing kiddie p*rn.”

Balenciaga responded to the online backlash in an Instagram Story post, which read, “We sincerely apologize for any offense our holiday campaign may have caused. Our plush bear bags should not have been featured with children in this campaign. We have removed the campaign from all platforms.”  Ref: Fox News host Tucker Carlson