In this latest interview, Darryl and Brian Panes from As Good As Gold Australia, interview the legendary Egon von Greyerz, Founder and Managing Director of Matterhorn Asset Management and Gold Switzerland. The world is in the midst of a massive economic disaster with all markets in disarray, but what has led us to this.

Governments will blame pandemics and wars as they always have instead of acknowledging that the real cause is and always has been their absolute mismanagement of the economy and their constant overprinting and devaluation of fiat currency. 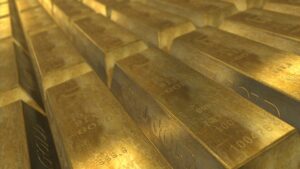 Egon is the master of this subject and explains in finite detail the process that will lead to an absolute collapse of the Dow, down 90% from its current position, and Gold escalating to set new highs at $35,000 USD or more. Egon confirms that wars historically have been blamed and used as an excuse for major economic downturns, taking the emphasis off the underlying poorly executed monetary decisions that led to the financial crisis in the first place.

As debt implodes, so will all the assets that the debt supports. Debt has pushed property and stock prices to major highs, and digital currencies can’t hide the existing debt – it won’t go away and it will implode, as will the accompanying assets.

We then start all over again. Now more than ever before, one needs to own gold (real money) to protect and retain their wealth. How much do you need? Egon’s response – whatever you can’t afford to lose! 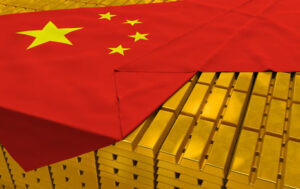 China’s central bank said it had added 32 tonnes of gold worth around $1.8 billion to its reserves, the first time it has disclosed an increase since September 2019.

The additions bring China’s reported holdings at the end of November to 1,980 tonnes, worth around $112 billion.

Which Nations Have Been Buying Gold?

he U.S., Germany, Italy, France, Russia, China, Switzerland, Japan, India and the Netherlands hold the highest gold reserves (in tons). While there have been minor changes in positions over the years, the top ten nations ranking has remained pretty much the same since 2009. The buying patten by these nations and all others reflects the policy stance taken the central banks, based on macroeconomic factors, financial stability and global environment. Here’s a look at the top five nations that made the most additions to their gold reserves over the past five years (2017-2021), including Q1 2022.

Russia has been among the top buyers of gold in the last ten years pushing its gold reserves from 882.96 tons at the end of 2011 to 2,301.64 tons at the end of 2021. In the past five years, Russia has added 683.31 tons of gold, out of which 474.81 tons was bought in 2017 and 2018. Overall, the country has added more than 1,900 tons of gold since 2005. Russia’s gold reserves constitute around one-fifth of its total reserves and is roughly equivalent to $140 billion. During Q1 2022, there has been no fresh purchase or sale from its gold reserves. Russia currently has the fifth highest gold holdings among nations globally. Amid the rise of demand for gold by households, the central bank announced its decision to buy gold from credit institutions at a negotiated price to manage the demand and supply of gold more effectively.

Turkey’s central bank has added around 278.55 tons of gold reserves since 2017. During 2017, 2018 and 2019, Turkey was the second largest purchaser of gold, and continued with its buying as the fourth highest buyer in 2020. The country’s gold reserves at the end of 2021 stood at 394.2 tons, equivalent to 24.37% of its total reserves. Turkey has been making efforts to mobilize the “under-the-pillow” stock of gold into the financial system by providing incentives on depositing gold. At the end of 2021, the country ranked thirteenth in terms of its gold reserves. During Q1 2022, Turkey added another 36.9 tons to its gold reserves placing it at the eleventh spot. Turkey is among the biggest gold jewellery producers in the world.

India’s gold reserve levels are the ninth highest in the world. One of the biggest purchases of gold was in 2009 when the Reserve Bank of India purchased 200 metric tons of gold from the International Monetary Fund (IMF), under the IMF’s limited gold sales program. This took its reserves to 537 tons. In the last five years, India has continued to add gold to its reserves, which have swelled its gold holdings from 557.77 tons at the end of 2016 to 754.1 tons at the end of 2021 with 77.45 tons bought alone in 2021. During Q1 2022, India added 6.31 tons, taking its total gold reserve holdings to 760.4 tons. Gold currently constitutes around 6.86% of its total reserves. Globally, India is among the largest importer and consumer of gold. During 2021, India imported 1,067 tons of gold, higher than 836.38 tons of imports in 2019.

In 2018, Poland’s central bank, Narodowy Bank Polski (NBP) made a strategic decision to significantly expand its gold reserves. “The decision was supported by the fact that NBP’s gold holdings were lower than implied by the overall size of its reserves portfolio when benchmarked against other countries,” according to NBP. In the last five years, Poland purchased 125.7 tons of gold with 100.01 tons bought in 2019. After bringing gold to Poland, Adam Glapiński, President of NBP said, “In a symbolic sense, we can say that history has come full circle and like in the times of the Second Polish Republic, once again there is gold in the vaults of the bank of issue.” The purchase of gold pushed Poland’s gold reserves from 102.96 tons at the end of 2016 to 230.84 tons at the end of December 2021. There is a possibility of further increasing gold reserves depending upon official reserve assets dynamics and market conditions.

Kazakhstan, Hungary, Thailand, Japan and Brazil round up the top ten nations.