AIRED ON CENTRIC AND BET NOVEMBER 30th, THIS YEAR’S SHOW HONORS FUNK BAND KOOL AND THE GANG WITH THE LEGEND AWARD 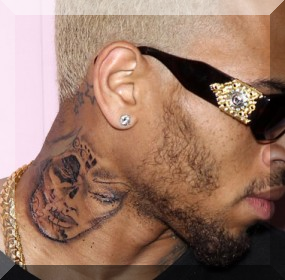 CENTRIC announced the lineup of hit-making performers and presenters for SOUL TRAIN AWARDS 2014. Leading the charge for his first SOUL TRAIN AWARDS performance is the multi-talented GRAMMY Award winner, Chris Brown, who leads the show with seven nominations.

In addition, the reunion we’ve all been waiting for is going down as the platinum selling group Jodeci is scheduled to sing a medley of hits before ending with a sneak peek of their new single, “Nobody Wins.” Chart-topping international fan favorites Aloe Blacc and Nico & Vinz will keep the audience entertained with upbeat performances of their catchy sing-a-long hits.

SOUL TRAIN AWARDS 2014 kicked off with Chris Brown performing a medley of his hits, including “Yo (Excuse Me Miss),” “New Flame,” and “Loyal,” bringing the crowd to their feet.  Moments later, Wendy Williams lit up the stage with a glitzy toast to Las Vegas as she waltzed alongside Boris Kodjoe in the  opening number.

Breakout performers Nico & Vinz took the stage next and belted out their smash hit “Am I Wrong” before wowing the crowd with their new single, “In Your Arms.”  After this performance, audience members joined We Are Toonz and their troop of dancers in a lively rendition of this year’s dance craze, the Nae Nae.

Later in the show, Jodeci reunited onstage to perform classic fan favorites “Freek’n You,” “Come and Talk to Me,” “Stay” and “Forever My Lady,” in addition to debuting their new single, “Nobody Wins.

” To close out the show, a group of artists honored Kool & The Gang by performing some of the group’s greatest hits; artists included Tamar Braxton, MC Lyte, Ma$e, Doug E. Fresh, and hip hop emcees Lil’ Kim, Missy Elliott and Da Brat, who reunited and closed out the night with a crowd-pleasing performance of their 1996 platinum single “Not Tonight” (a remix of Kool & The Gang’s hit “Ladies Night”).

Album of the Year – Beyoncé – “Beyoncé”

The Ashford and Simpson Songwriter’s Award – John Legend (Toby Gad, John Legend) – “All Of Me”