The 2021“BET Hip Hop Awards” will return to Cobb Energy Center in Atlanta, GA, to tape its 16th annual edition on Friday, October 1st, with the broadcast premiere airing Tuesday, October 5, at 9 PM ET/PT on BET. 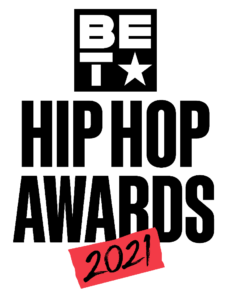 The annual celebration will bring together the hottest names in hip hop to pay homage to the best in hip hop culture. The BET “Hip Hop Awards” reigns as one of the top three cable award shows for Urban viewers of 2021 (BET Awards (#1), NAACP Image Awards (#2) and BET Hip Hop Awards (#3)* and ranks in the Top 10 for most social cable awards show in 2020.

** The official 2021 “BET Hip Hop Awards” nominations, selected by a voting academy of esteemed music industry insiders, performers and presenters are to be announced at a later date.

“Hip hop is a global movement that embraces the diversity of expression and reflects what is affecting our community in a raw and unapologetic way,” said Connie Orlando, EVP Specials, Music Programming & Music Strategy at BET. “We look forward to celebrating this art form and returning to Atlanta for an unforgettable night of entertainment and culture synonymous with our high-rated signature tentpole events.” 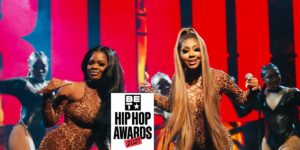 For more information about the “BET Hip Hop Awards” including the latest news and updates, visit bet.com/hiphopawards