Rudeness, Crime, “unruly passengers” incidents, and other types of strange behavior have all soared recently. Why? 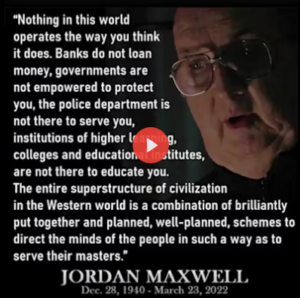 Everyone is acting so weird! The most obvious recent weirdness was when Will Smith smacked Chris Rock at the Oscars. But if you look closely, people have been behaving badly on smaller stages for months now. Last week, a man was arrested after he punched a gate agent at the Atlanta airport. (The gate agent looked like he was about to punch back, until his female colleague, bless her soul, stood on some chairs and said “no” to the entire situation.) That wasn’t even the only viral asshole-on-a-plane video that week. Why People Are Acting So Weird and Rude

In February, people found ways to throw tantrums while skiing—skiing. In one viral video, a man slid around the chairlift-boarding area of a Canadian resort, one foot strapped into his snowboard as he flailed at security guards and refused to comply with a mask mandate. Separate footage shows a maskless man on a ski shuttle screaming, “There’s nobody wearing masks on any bus in this goddamn town!” before calling his fellow passenger a “liberal piece of shit” and storming off.

During the pandemic, disorderly, rude, and unhinged conduct seems to have caught on as much as bread baking and Bridgerton. Bad behavior of all kinds —everything from rudeness and carelessness to physical violence—has increased, as the journalist Matt Yglesias pointed out in a Substack essay earlier this year. Americans are driving more recklessly, crashing their cars and killing pedestrians at higher rates. Early 2021 saw the highest number of “unruly passenger” incidents ever, according to the FAA. In February, a plane bound for Washington, D.C., had to make an emergency landing in Kansas City, Missouri, after a man tried to break into the cockpit.

Health-care workers say their patients are behaving more violently; at one point, Missouri hospitals planned to outfit nurses with panic buttons. Schools, too, are reporting an uptick in “disruptive behavior,” Chalkbeat reported last fall. In 2020, the U.S. murder rate rose by nearly a third, the biggest increase on record, then rose again in 2021. Car thefts spiked 14 percent last year, and carjackings have surged in various cities. And if there were a national tracker of school-board-meeting hissy fits, it would be heaving with data points right now.

What on earth is happening? How did Americans go from clapping for health-care workers to threatening to kill them? More than a dozen experts on crime, psychology, and social norms recently walked me through a few possible explanations.

We’re all stressed out

One likely explanation for the spike in bad behavior is the rage, frustration, and stress coursing through society right now. When Christine Porath, a business professor at Georgetown University, collected data on why people behave in rude or uncivil ways, “the No. 1 reason by far was feeling stressed or overwhelmed,” she told me.     Why People Are Acting So Weird and Rude

The pandemic has created a lot of “high-stress, low-reward” situations, said Keith Humphreys, a psychiatry professor at Stanford, and now everyone is teetering slightly closer to their breaking point. Someone who may have lost a job, a loved one, or a friend to the pandemic might be pushed over the edge by an innocuous request.

“When someone has that angry feeling, it’s because of a combination of some sort of provocation, their mood at the time of that provocation, and then how they interpret that provocation,” said Ryan Martin, a psychology professor at the University of Wisconsin at Green Bay who studies anger. Not only are people encountering more “provocations”—staffing shortages, mask mandates—but also their mood is worse when provoked. “Americans don’t really like each other very much right now,” he added.

Rudeness can be contagious. Porath has found that at work, people spread their negative emotions to their colleagues, bosses, and clients—even if those individuals weren’t the source of the negativity. “People who witness rudeness are three times less likely to help someone else,” she told me. She thinks people might be picking up on rudeness from social media and passing it on. Or they might be logging in to a Zoom meeting with their overwhelmed boss, getting yelled at, and then speaking a little more curtly to the grocery cashier later.

People have been coping with the pandemic by drinking more and doing more drugs, and “a lot of these incidents involve somebody using a substance,” Humphreys said. “Whether they’re drinking before they get on the flight … A lot of auto accidents, including aggression-driven auto accidents, come from substances.”

Americans have been drinking 14 percent more days a month during the pandemic, and drug overdoses have also increased since 2019. Substance-abuse treatment, never especially easy to come by, was further interrupted by COVID.

Americans have also been buying more guns, which may help explain the uptick in the murder rate. Gun sales spiked in 2020 and 2021, and more people are being killed with guns than before. In 2020, police recovered nearly twice as many firearms within a year of purchase as they did in 2019—a short “time to crime” window that suggests criminal intent. “Put more plainly, thousands of guns purchased in 2020 were almost immediately used in crimes,” Champe Barton writes at The Trace. Though owning a gun doesn’t make it more likely that you’ll kill someone, it makes it more likely that you’ll be successful if you try.

We’re social beings, and isolation is changing us

The pandemic loosened ties between people: Kids stopped going to school; their parents stopped going to work; parishioners stopped going to church; people stopped gathering, in general. Sociologists think all of this isolation shifted the way we behave. “We’re more likely to break rules when our bonds to society are weakened,” Robert Sampson, a Harvard sociologist who studies social disorder, told me. “When we become untethered, we tend to prioritize our own private interests over those of others or the public.”

The turn-of-the-20th-century scholar Émile Durkheim called this state anomie, or a lack of social norms that leads to lawlessness. “We are moral beings to the extent that we are social beings,” Durkheim wrote. In the past two years, we have stopped being social, and in many cases we have stopped being moral, too.

“We’ve got, I think, a generalized sense that the rules simply don’t apply,” Richard Rosenfeld, a criminologist at the University of Missouri at St. Louis, told me. In some places, he says, police arrested fewer people during the pandemic, and “when enforcement goes down, people tend to relax their commitment to the rules.”

Though it’s been a lifesaving tool throughout the pandemic, mask wearing has likely made this problem worse. Just as it’s easier to scream at someone on Twitter than in real life, it’s easier to rage at a masked flight attendant than one whose face you can fully see. “You don’t really see a human being so much as you’re seeing someone masked,” Sampson said. Though one study found that face masks don’t dehumanize the wearer, another small experiment found that they do impair people’s ability to detect emotions.

Some of the strange behavior that has attracted the most attention seems to involve people suffering from delusions or hallucinations. A few weeks ago, Twitter seized on a story of a flight attendant who subdued an unruly passenger by hitting him on the head with a coffeepot. It was a moment of seeming righteousness, of a jackass getting what he deserved. But the fuller story is more disturbing: The man told flight attendants that “people were attempting to hurt him and they followed him on the plane” and that “he heard the individuals harming his family over the telephone.” The man who shoved a woman in front of a train at Times Square in January—another incident widely cited as an example of the uptick in assaults—showed symptoms of schizophrenia and had spun through a cycle of jail stints, psychiatric hospitalizations, and discharges to the streets.

The pandemic has had some measurable effects on mental health. Though the most common issues among people who contracted COVID-19 were anxiety and depression, a small percentage of people infected with the coronavirus appeared to develop psychosis for the first time. Throughout the pandemic, treatment for severe mental-health problems, including schizophrenia and bipolar disorder, has been harder to access. In early 2020, some psychiatrists suspended group therapy and other in-person programs; later, emergency rooms filled with COVID-19 patients, limiting capacity for psychiatric intake. Hospitals have periodically repurposed psych beds for COVID patients, leading to shortages nationwide. At one point last year, Virginia’s mental hospitals were “dangerously full,” and several had stopped admitting new patients because of a lack of staff. Staffing issues have also plagued hospitals in Pennsylvania and elsewhere.

The majority of people with mental illness, though, are not violent. Most people with mental illness who commit violence have other problems, such as anger issues, substance abuse, or a recent trauma. People with severe mental illness are only a tiny percentage of the population, and past research shows that they commit only 3 to 5 percent of violent acts, so they couldn’t possibly be responsible for the huge surge in misbehavior. According to the FAA, 72 percent of unruly-passenger incidents last year were “mask-related,” suggesting that they have more to do with politics than paranoia. Regarding the people causing scenes, “I think those are assholes,” said Tom Insel, the former director of the National Institute of Mental Health and the author of Healing. “It’s so important to distinguish people who have a mental illness from people who just do egregious things.”

Some of the antisocial behavior Americans are seeing will resolve itself as the pandemic loosens its grip. In most of the country, masks are coming off, people are resuming normal gatherings, and kids have returned to school. The rules and rhythms that kept America running smoothly are settling back into place.

Improvement may be slow. But experts think human interaction will, eventually, return to the pre-pandemic status quo. The rise in disorder may simply be the unsavory side of a uniquely difficult time—one in which many people were tested, and some failed. “There have been periods where the entire nation is challenged,” Insel said, “and you see both things: people who do heroic things, and people who do some very defensive, protective, and oftentimes ridiculous things.” Olga Khazan is a staff writer at The Atlantic and the author of Weird: The Power of Being an Outsider in an Insider World.    This article was featured in One Story to Read