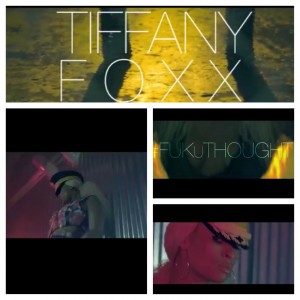 hip-hop artist Tiffany Foxx celebrated the release of her single “F#^& You Thought” and “Young ‘N Thuggin’ Featuring Pusha T and Young Thug at Supperclub in Hollywood and DBA in West Hollywood, as well as hosting the celebration of her stylist, celebrity stylist Jeremy Brown of JeremyImage (who also styled, shopped for Soulja Boy, Rihanna, Lil Twist, Ty Dolla Sign, and many others), for his mixtape release “Purple Light District:Royal Party.” America’s Next Top Model runner-up Marvin Cortes was also in attendance both nights, as well as Dj Mustard, Trey songs and Dave Chappelle at DBA.

Thanks to the fresh audio collaboration of St. Louis producer Bradd Young and V 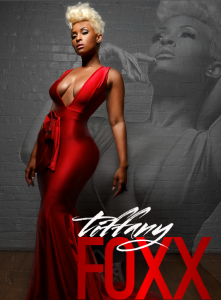 ega, Tiffany hits the cyber waves with a sound to remember. In addition to her upcoming mix tape “G.O.A.L. Diggers” which will be released later this month, Tiffany Foxx has also recently released her own G.O.A.L. Diggers addition to the famed Gorgeous gangsters clothing line “DRUGS”. Keep up with Tiffany Foxx on Twitter and Instagram @1TiffanyFOXX