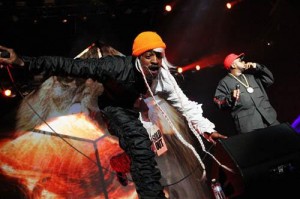 Coca-Cola® named as Presenting Sponsor of The BET Experience at L.A. LIVE

The Coca-Cola® Company, the world’s largest beverage company, will return to the BET Experience at L.A. LIVE as the festival’s presenting sponsor. Associated with the “BET AWARDS” since 2009, this collaboration is another example of Coca-Cola’s® commitment to bringing people together to enjoy culturally meaningful celebrations. As part of the partnership, Sprite®, one of The Coca-Cola® Company’s most popular brands, will once again sponsor the Sprite® Court – home of the celebrity basketball game and slam dunk competition. Coca-Cola® and Sprite® will bring a number of original and interactive activities that will offer fans a weekend filled with creative and delightful moments. Additionally, Coca-Cola® will host a Latin showcase on Thursday, June 26 and sponsor the wildly-popular “106 & Park” stage on Saturday, June 28 with special performances and appearances from some of your favorite celebrities.

“The BET Experience at L.A. LIVE is a truly unique experience where innovative brands come to play and engage directly with our trendsetting consumers in an interactive setting they can’t find anywhere else,” said Louis Carr, President of Broadcast Media and Advertising Sales, BET Networks.

Gold and Diamond VIP Packages: To have exclusive access to the best seats and roll like a true VIP throughout the weekend, a limited number of VIP Packages are available. Both the Gold and Diamond VIP Packages include the only public access to purchasing “BET Awards” tickets. Get the best of everything with the Diamond Package that includes hospitality throughout the weekend, a special “BET Awards” red carpet experience and much more! For information about ticket sales, VIP Packages, accommodations and the latest news about the BET Experience, visit https://www.BET.com/BETX.