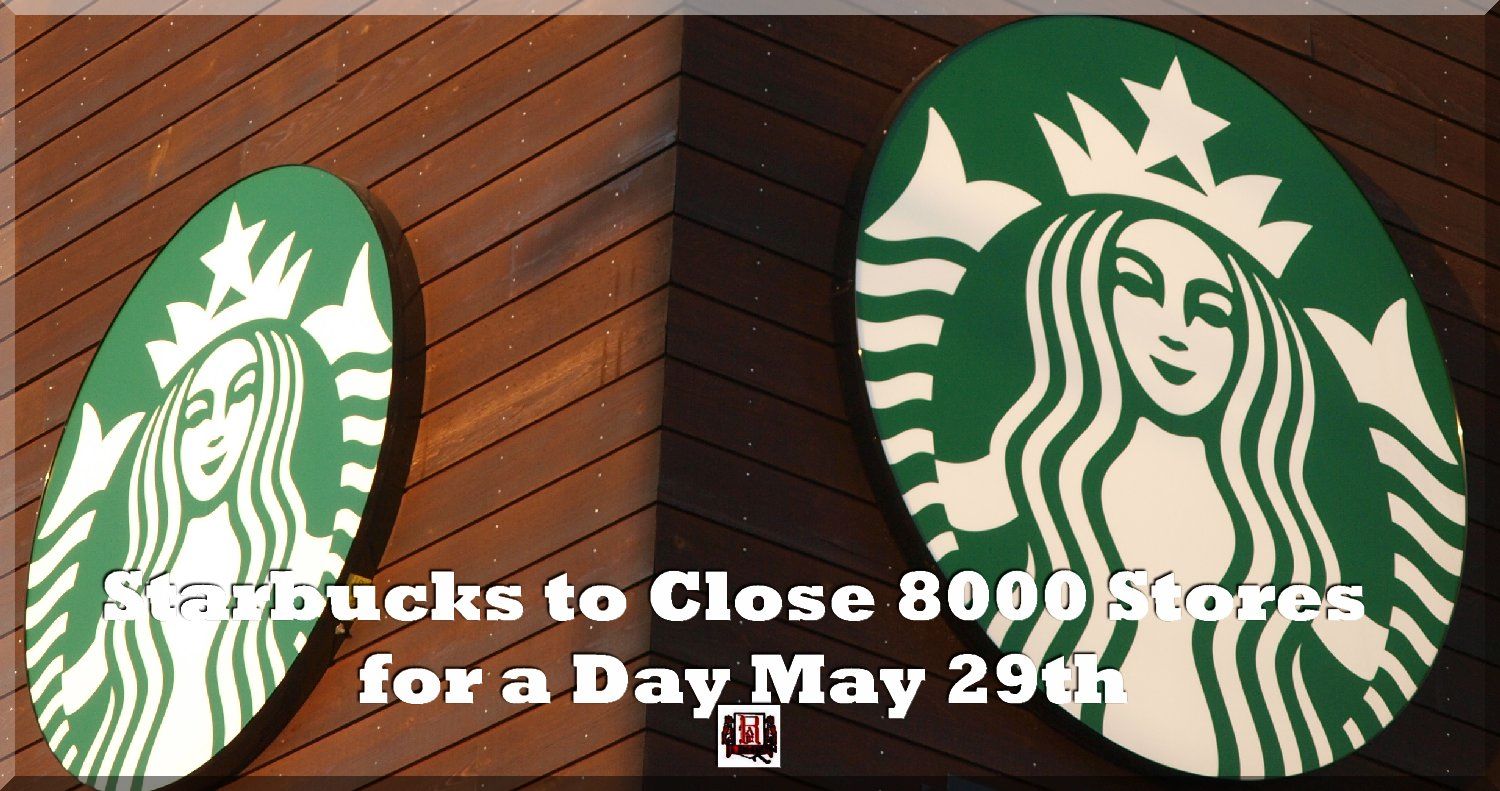 Starbucks CEO Kevin Johnson, who rushed from Seattle to Philadelphia to meet private with Philadelphia’s mayor, the two arrested men and police commissioner; apologized for the arrest of the two men in the Philadelphia store after employees said they were trespassing.  CEO Johnson, further stated: “I will fix this,” Johnson said in a video message.

Starbucks is closing thousands of stores across the U.S. on the afternoon of May 29 to conduct “racial-bias education geared toward preventing discrimination in our stores,” the company said in a statement.

The one-afternoon store closures Starbucks Inc. announced Tuesday for racial-bias employee training will cost the company about $12 million in lost revenue, according to MarketWatch calculations.

Factoring in the company’s $22.39 billion in annual sales, and dividing it by the number of days in the year, but not adjusting for the relative strength of particular days and dayparts, suggests that Starbucks banks about $61.3 million every day. Since, according to the announcement, Starbucks locations will close only for part of the afternoon, MarketWatch has calculated that locations could lose about 20% of their daily revenue, or $12 million.

The coffee shop chain has been criticized and protested against after two black men were arrested last week at a Starbucks in Philadelphia, where they were quietly waiting to meet someone. Starbucks employees called 911 after one of the men, who had not yet purchased anything, asked to use the bathroom and then remained at the shop.

Other customers recorded the arrest and protested that the men hadn’t done anything wrong. They pointed out that white customers were allowed to sit without buying anything without being handcuffed.

Starbucks-licensed outlets, such as those found in colleges or supermarkets, or inside other retail outlets, are not included among the 8,000-plus company-owned stores confirmed to be closing in Starbucks’ announcement, and not required to close. A spokesperson for Fox News has confirmed that the curriculum will be available to those outlets, and licensed stores will be encouraged to participate in the training.

Since 1971, Starbucks Coffee Company has been committed to ethically sourcing and roasting high-quality arabica coffee. Today, with more than 25,000 stores around the globe, Starbucks is the premier roaster and retailer of specialty coffee in the world. Through our unwavering commitment to excellence and our guiding principles, we bring the unique Starbucks Experience to life for every customer through every cup. To share in the experience, please visit our stores or online at news.starbucks.com and Starbucks.com.

For more information on this press release, contact us