Katy Perry has just been announced as the latest performer to hit the stage at the 2013 MTV Video Music Awards!Four-time VMA winner Perry will be performing her brand new single Roar live for the first time during the show, which will air on MTV at 9pm, August 25th.

Roar, released Monday, is the first single from Perry’s new album, PRISM, due out Oct. 22nd

“Roar” leaked early on Saturday and was quickly offered for sale on iTunes and was, of course, an immediate hit with Perry’s fans 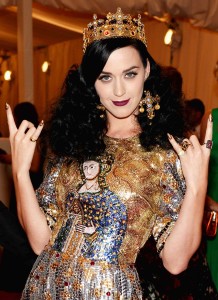