BET’s Music Matters “Best of the Best” 2013 Holiday Showcase is carefully curated to highlight the best new artistes already on their way to stardom.

Austin Brown
https://austinbrown.com
When music is ingrained into your being to the point that it becomes a part of your DNA, pursuing a career on stage is the natural progression of things. For Los Angeles native and music aficionado Austin Brown, music and performance has been an integral part of his being since he began arranging and transposing songs at the tender age of 5 years old. Today, he is focused on cultivating his passions as an artist and perfecting his craft along the way.  Austin’s musical journey can be described as many things; eclectic, exciting, creative, innovative… but never mundane. His style effortlessly fuses rock, R&B, soul and funk to construct a melodic platform that relates to many people on multiple levels. Among his major influences are ground breaking music legends Prince, George Michael and his family, the Jacksons.  Austin performed at the BET Awards 2012 Showcase and on the BET Awards 2013.

Curtis Fields
https://www.thecurtisfields.com
https://www.epicrecords.com/news/curtis-fields-wows-bet-awards
Hailing from Montgomery, Alabama, Curtis Fields is a singer whose songs are the perfect blend of soul-searching and emotion.  He began performing music at an early age when he would sing gospel during his father’s national traveling ministry.  Later, while attending Fisk University, he trained and traveled with the Fisk Jubilee Singers traveling the world to places as far-ranging as Africa, India and Spain.  It was at this time he officially decided to pursue a career in signing.  What separates Curtis from his peers as well as other artists, is his ability to create a song, an album, or even a show directly from his iPhone.   Today, he is signed to Epic Records and working on his debut album. Curtis performed on the BET Awards 2013.

Mateo
https://www.bet.com/topics/m/mateo.html
Mateo was born into a musical family and began writing and recording music and performing after graduating from college.  He lives his passion during his off hours which he refers to his “5 to 9.”  Garnering more than a million views on YouTube, he solidified a fan base eager for his material.  Mateo has since witnessed the success of his October 2012 release, Suite 823 (Krucial Noise/Interscope Records) and has since opened for Keyshia Cole and Chrisette Michele.  Showing no signs of letting up, music fans are enjoying his latest single and video, “How Good is Your Love.”  Mateo performed on the BET Experience 2013 Music Matters stage.

Ro James
https://rojamesxix.com/bio
Ro’s funky, individual style radiates wherever he goes.  His story can be traced in the title of his EP series, “Coke, Jack & Cadillacs.”  Born in Stuttgart, Germany, Ro is a military brat and has spent years living in various places including Hawaii, Oklahoma, Texas, Indianapolis and New York City.

Special guest, Bobby V.
https://www.bobbyvmusic.com
Bobby V.’s new album “Peach Moon” comes out Dec. 12. The down South crooner will perform hits like “Slow Down” and “Turn the Page” as well as some selections from the new album. 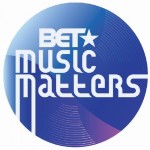