Janet Jackson is suddenly everywhere again, with a new single out, a new album due and now a new award.

TINASHE, JASON DERULO AND CIARA TO PERFORM SPECIAL DANCE TRIBUTE TO THE QUEEN OF POP AND “NO SLEEEP” ARTIST 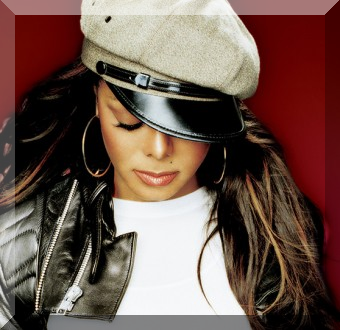 Janet Jackson, one of the world’s most influential entertainers, will be receiving the inaugural ULTIMATE ICON: Music Dance Visual award at the 15th annual “BET Awards” 2015 on Sunday, June 28, 2015, it was announced by Stephen G. Hill, BET’s President of Programming.

Ciara, Jason Derulo and Tinashe are slated to perform a special dance tribute to the iconic entertainer, which is set to include her just released single, “No Sleeep.”  The entertainer sent her fans into social media frenzy when she recently announced her upcoming first studio album in seven years and the first leg of her highly anticipated UNBREAKABLE WORLD TOUR, a 37-date tour starting August 31st in Vancouver, BC.

“No Sleeep,” the first single from the yet untitled album, debuted on Ms. Jackson’s Twitter and website on Monday (June 22nd) and immediately reached the top spot on Billboard Trending 140.  Currently, “No Sleeep” is trending at #1 and is one of the most  highly requested singles on the radio.

BET is excited beyond belief to present Janet with our inaugural ULTIMATE ICON: Music Dance Visual award and we are thrilled that she chose the BET Awards as the first step on her new road,” said Mr. Hill.  “An inspiration to many other artists, “Ms. Jackson”  blends music, dance and visuals in unique and groundbreaking ways and we look forward to celebrating her storied history…as well as giving The BET Awards audience a peek into her Unbreakable future.”

Janet Jackson stands as one of the best-selling artists of all time with a string of hits that have left an indelible impression on pop culture.  She is the first Urban American female artist to have hit singles in each of the last four decades.  Her music has won her 6 GRAMMY® Awards, 2 Emmy Awards, a Golden Globe Award, a nomination for an Academy Award along with dozens of American Music Awards, MTV Video Music Awards, BET Awards and Billboard Music Awards. She has received accolades as an actor as well, including the NAACP Best Supporting Actor award.  Janet is a New York Times Number One Best Selling Author, choreographer, dancer, businessperson, philanthropist, and with sales of over 160 million records worldwide is one of biggest-selling artists in popular music history. Her music and artistry has opened doors through which other top artists have followed, while acknowledging her impact on their musical perceptions.

Hosted by Anthony Anderson and Tracee Ellis Ross, the “BET Awards” will also include previously announced performances by Chris Brown, Kendrick Lamar, Nicki Minaj and Meek Mill. Michael Ealy, Sanaa Lathan, Laverne Cox, Michael B. Jordan and Zendaya, who were also previously announced as presenters for the 15th Anniversary of the year’s biggest night in music. In addition, Smokey Robinson has been announced to perform and receive the Lifetime Achievement Award and Tom Joyner the Humanitarian Award at this year’s ceremony. Additional names to be announced.

The “BET Awards” 2015 will air LIVE on Sunday, June 28, 2015 on BET and will premiere around the world on BET’s international network on Tuesday, June 30 at 9:00pm BST / 10:00pm CAT and will air live on MTV Australia for the very first time (check local listings).

The “BET Awards” will take place along with the BET Experience at L.A. Live in Los Angeles from June 25-28, 2015.  BET.com/Awards is the official site for the “BET Awards” and will have all the latest news and updates about this year’s show.  All information about the BET Experience at L.A. LIVE presented by Coca-Cola® can be found at BETExperience.com.  The BET Experience VIP Package offers the only way to purchase a “BET Awards” ticket, great seats to 3-nights of concerts at the Staples Center, and exclusive access to events at the free Fan Fest.  For more information and to purchase tickets, go to BET.com/BETX.Follow the Experience on Twitter @betexperience.

BET EXPERIENCE AT L.A. LIVE PRESENTED BY COCA-COLA
BET Networks, an entertainment powerhouse, and AEG, one of the leading entertainment companies in the world and developer/ operator of L.A. LIVE, have teamed up once again to create the BET EXPERIENCE AT L.A. LIVE (BETX), June 25 – 28, 2015 presented by Coca-Cola®.   This three-day festival will be filled with music and comedy concerts taking place at Club Nokia and STAPLES Center; “106 & PARK”; FREE BET Fan Fest at the Los Angeles Convention Center including seminars, celebrity basketball games, celebrity meet & greets; and other special appearances.  The weekend will be capped off with the “BET Awards” on Sunday, June 28th, 2015 at Microsoft Theater.