Pharrell Williams opened the show with an energetic rendition of “Come Get It Bae” surrounded by a bevy of cheerleaders, and was joined by surprise performer and fellow Virginia native, the amazing Missy Elliott, who brought the crowd to their feet to “Pass That Dutch.”  Williams became a familiar face on the stage after winning both “Best Male R&B/Pop Artist” and “Video of the Year,” and again coming on to present music icon Lionel Richie with the Lifetime Achievement Award.  Young Money and Beyoncé took home the most trophies with three awards, as did acclaimed film “12 Years A Slave” which swept the film award categories.  Pharrell Williams and August Alsina each won two awards.

The tribute to Richie included a presentation of classics “Hello” and “Still” by John Legend and a pulsating rendition of “Brick House” by Ledisi.  Just before Richie came on stage to accept his award, Yolanda Adams delivered a soulful, inspired performance of “Jesus Is Love,” bringing the crowd to its feet (and some to tears!) and prompting Richie to admit he was “glad [he] sang the song first.”  Richie showed off his own skills when he sat at the piano and serenaded the audience with “Easy,” then got the crowd dancing along to “All Night Long.”

Chris Brown made a triumphant return to the “BET Awards” stage that drew a standing ovation. He proved he hasn’t missed a beat delivering an incredible performance of “Loyal,” which was amped up even more with appearances by Lil Wayne, Tyga and Travis Barker.

Always one to get the crowd going, Lil Wayne got the mosh pit popping with “Krazy” and “Believe Me.”  Jennifer Hudson showed off her incredibly powerful pipes during a performance of “Walk It Out” and debut of her new single “It’s Your World” as a disco roller derby swirled around her.  One of today’s hottest rising stars, Jhené Aiko joined John Legend on stage for one of the most impressive performances of the evening.

Celebrating the 20th anniversary of his first album, Usher performed an action-packed medley of his biggest hits, including “Yeah!” “Confessions,” “Caught Up” and “Love In This Club,” which drew a standing ovation. Nicki Minaj gave an dramatic Alice In Wonderland-inspired performance of “Chi-Raq” and “Pills N Potions,” filling the stage with oversized mushrooms, a contemporary dancer and a white rabbit.

T.I. showed off his lyrical prowess with “No Mediocre,” while Iggy Azalea wowed the crowd with her skills with her hit single “Fancy.” Fan and crowd favorite August Alsina, whose earlier performance alongside Trey Songz and Chris Brown drew squeals from all of the ladies in the house, took home the Coca-Cola Viewers’ Choice Award. Robin Thicke gave a mesmerizing performance of “Forever Love,” while surprise performers Troop, Color Me Badd and Silk scored huge cheers, as each group took the stage for their biggest hits for a ’90s throwback medley of “All I Do Is Think of You,” “I Wanna Sex You Up” and “Freak Me.”

Presenter Kerry Washington, making her first television appearance since giving birth to daughter Isabelle in April, got in on the night’s fun with co-presenter Kevin Hart, who tried to convince the crowd that he was, in fact, Oliver Pope, a reference to Kerry’s alter-ego Olivia Pope on her hit show “Scandal.”

Taking a cue from Ellen DeGeneres’ pizza delivery at this year’s Oscar® Awards, Rock provided the audience with a delivery of Roscoe’s Chicken ‘n Waffles, which they accepted with enthusiasm.  Rock had the crowd laughing throughout the night, thanks to his riffs on a range of hot topics, from Donald Sterling to Jay-Z and Solange to Dr. Dre and the Beats/Apple deal.

Tim King (Founder, President and CEO of Urban Prep Academies) and Denzel Thompson (a 19-year-old founder and manager of a successful community urban farm and garden) were recognized as the 2014 Shine-A-Light recipients. 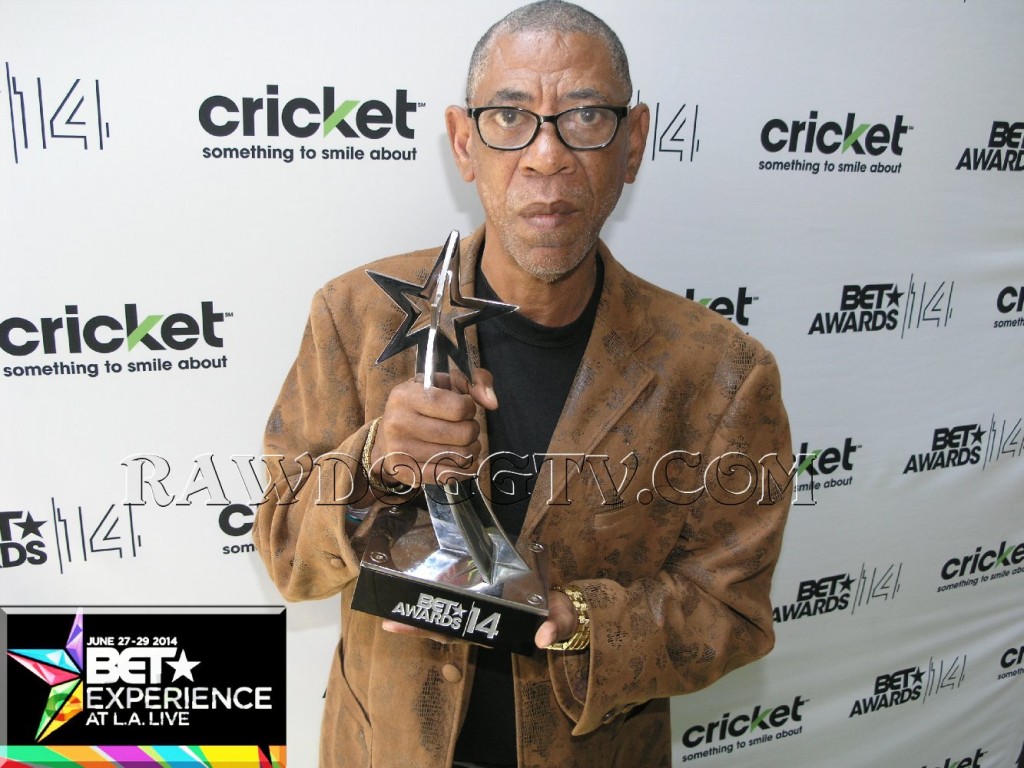 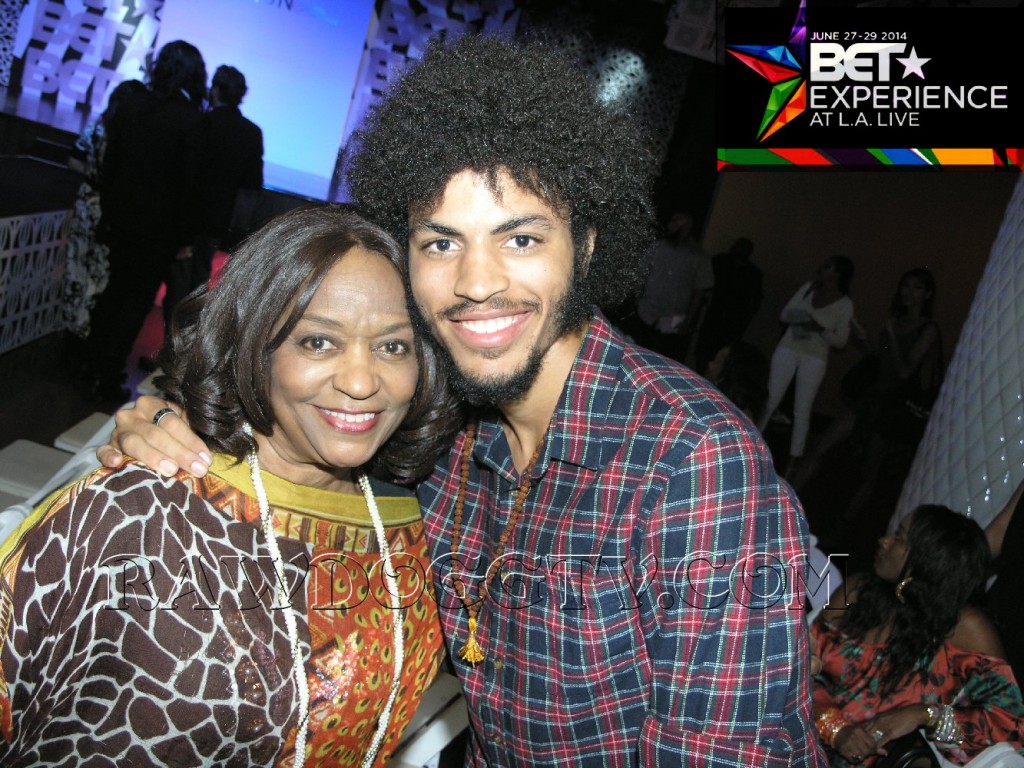 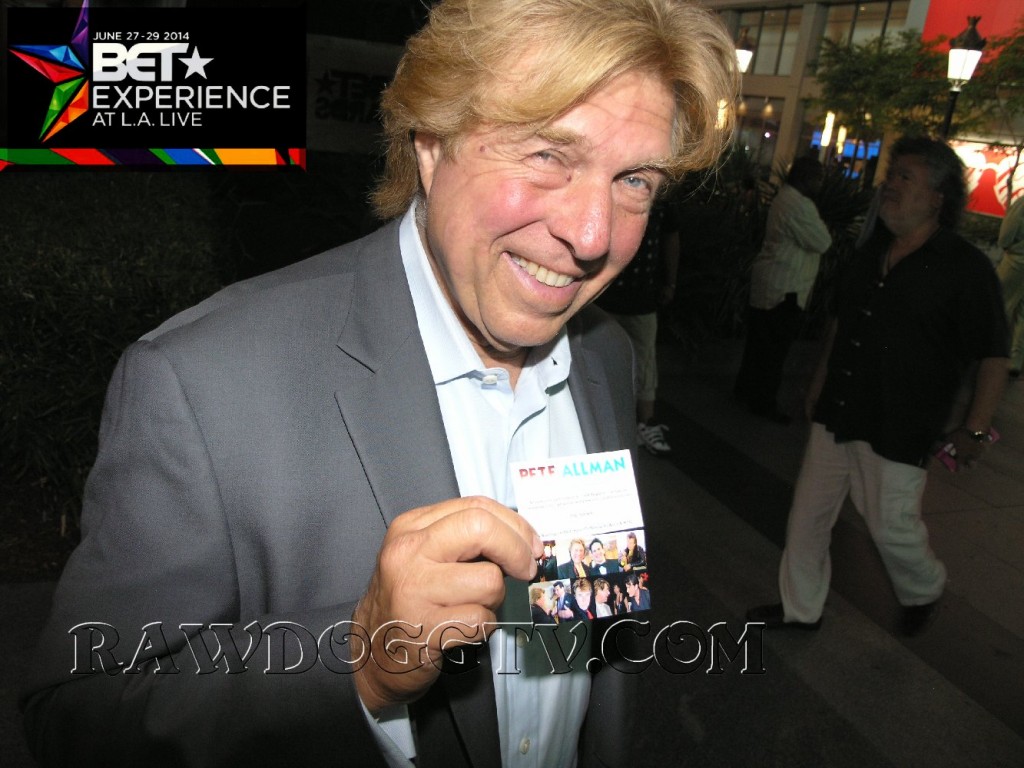 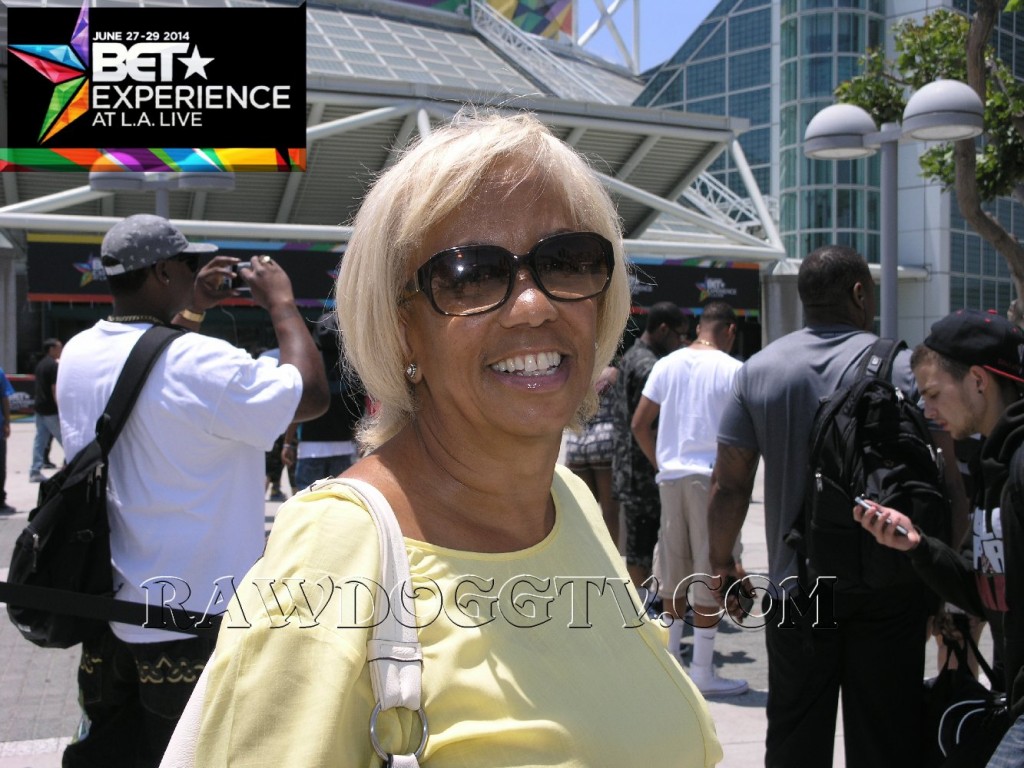 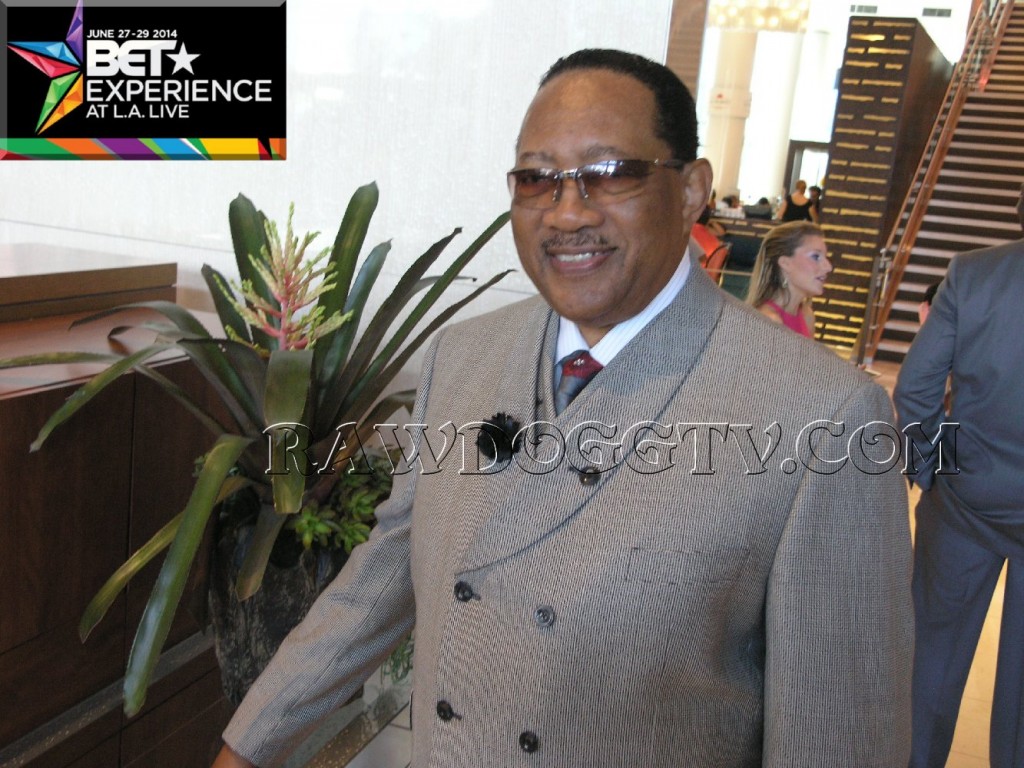 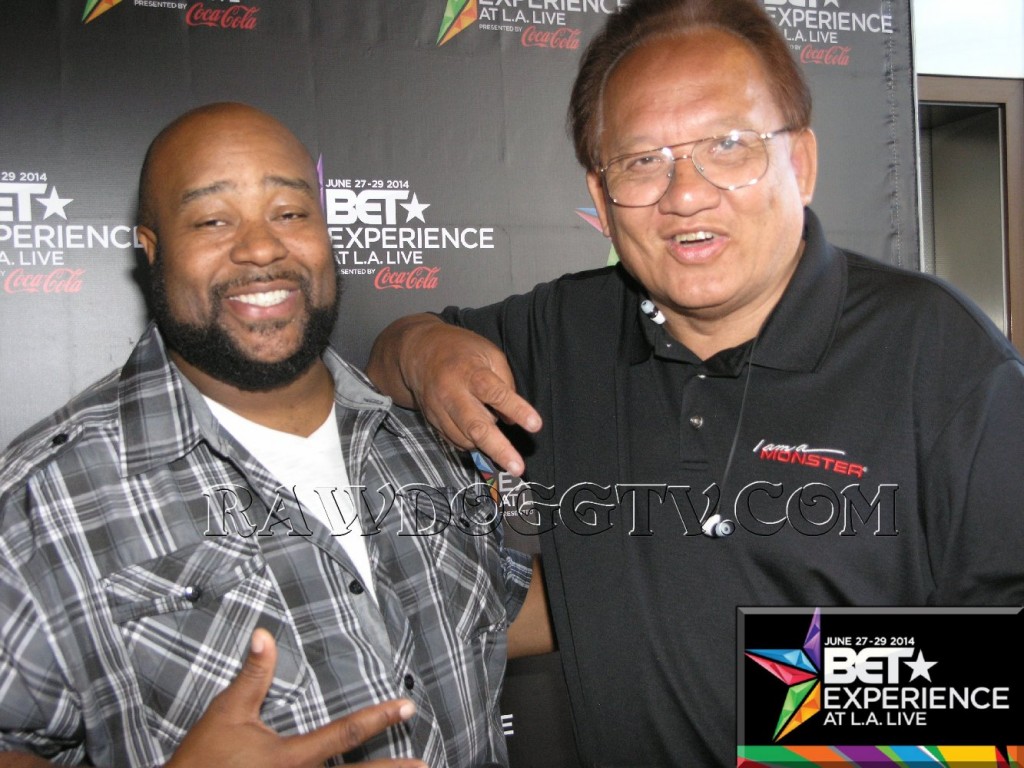 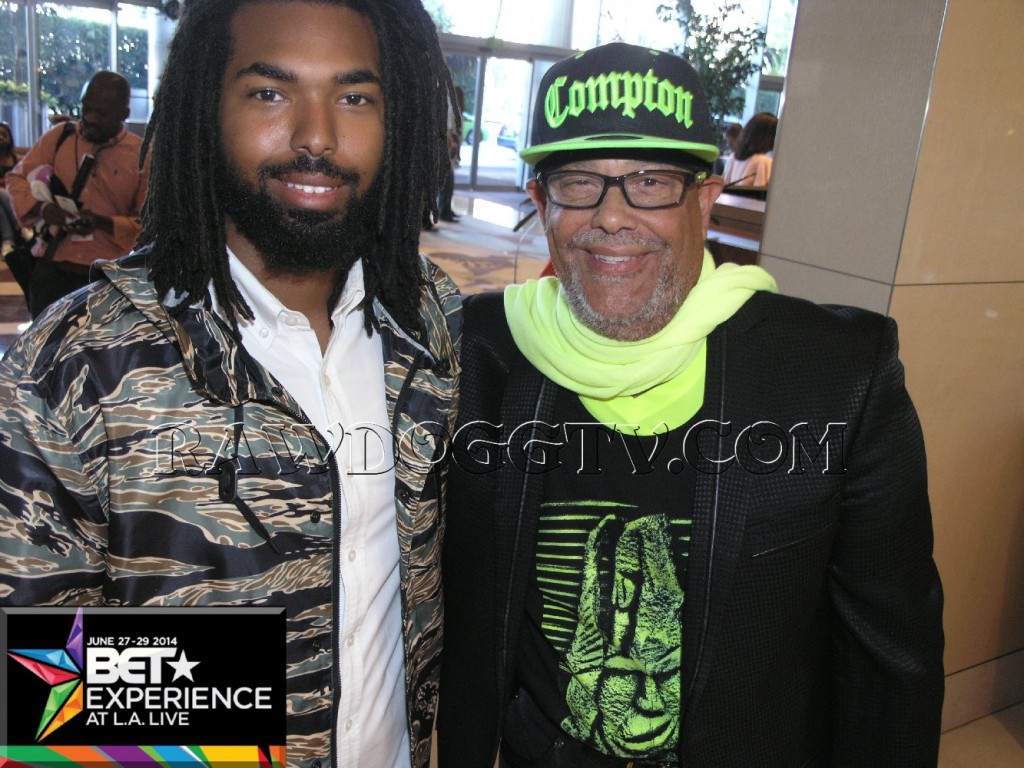 The “BET Awards” is one of the most watched award shows on cable television according to the Nielsen Company.  The “BET Awards” franchise remains as the #1 program in cable TV history among Urban-Americans, and it is BET’s #1 telecast every year.  It recognizes the triumphs and successes of artists, entertainers and athletes in 19 categories.

In addition to all of these incredible moments, the complete list of “BET Awards” ’14 winners is:

BET.com/BETAwards (https://www.bet.com/shows/bet-awards.html) is the official site for the “BET Awards” ’14 and features all the incredible content from this year’s show. Join the conversation on social media by following BET’s multiple social media platforms dedicated to the BET Awards:

The “BET Awards” ’14 took place along with the BET Experience at L.A. LIVE presented by Coca-Cola® in Los Angeles from June 27-29th. The show will premiere on BET’s international network Tuesday, July 1 at 8:00 p.m. GMT.