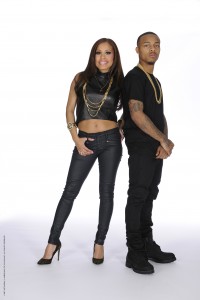 Hosted by Bow Wow and Keshia Chante, “106 & PARK” on Friday, June 27th will be presented by Target and will feature a performance by Grammy-nominated international R&B superstar Trey Songz, A$AP MOB and other surprise guests.

Target and Songz have partnered on an exclusive deluxe version of his sixth studio album, “Trigga.” The two-disc set will include three bonus tracks and a special album cover, available for pre-order now at Target.com/TreySongz and for purchase in stores and at target.com beginning July 1st.

Finalists for the #BETInstaStar contest presented by Coca-Cola® will appear on “106 & PARK” this Monday, June 16th at 6pm ET to compete for the grand prize including an all-expense paid trip for two to the “BET Awards” in Los Angeles, the chance to co-present the Coca-Cola Viewers’ Choice Award on stage during the 2014 “BET Awards” and $2,500 cash among other exciting experiences.

Contestants submitted a 15 second video of themselves on Instagram using the hashtag #BETInstaStar explaining why they are a star and why they should be give the chance to win. The final contestants are Telvin Griffin of Texarkana, TX, Kamilah White of Brooklyn, NY and Rodney Howard of Detroit, MI.

The record-breaking BET AWARDS ‘14 App is BACK and packed with the most unforgettable moments from the show’s 14 years – hundreds of videos, thousands of photos and details on every nominee, winner and honoree. “The Hustle” rewards the most active app users with real world prizes, while superfans in the app get to decide who will win the Coca- Cola Viewers’ Choice Award! Download the free BET AWARDS ‘14 App now from the App Store for iPhone, iPod Touch and iPad, or Google Play for Android users.

A full list of the “BET Awards” 2014 nominations is now available at https://www.bet.com