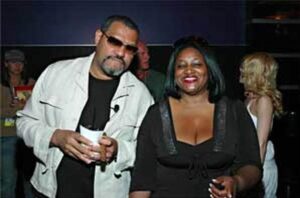 Her other books include Matrix 4 The Evolution of Conscious Cracking the Genetic Code, The Mother of the Matrix The Sophia Stewart Story, and Matrix Trivia. She is currently continuing her work on The Matrix 4 which is destined to supersede the success of The Matrix and Terminator. Her books can purchased:  matrixterminator.com

Sophia Stewart Creator Of The Matrix-Terminator 2021

In this book, Hannile Zulu takes the reader behind the scenes of a case that will forever go down as one of the biggest theft in film history. In the Early eighties, Sophia Stewart wrote an copyrighted original epic science fiction book and script called The Third Eye Matrix.

That body of work was later adapted to the screen as the Matrix and Terminator Movies Series and Trilogy. These movies went on to win four Oscars, many awards and $Billions of dollars, but the true author and creator was hidden from the masses until ABC News broke the story on October 17, 2003. In her second case in the Utah Federal Courts, Stewart won $3.5 Billion in Liens and almost a half million dollars in attorney fees against the California defendants and her former lawyers on September 25, 2014 Case 2:07-cv-00552-DB-EJF- FBI-DOJ.

These rulings by Federal Judges Evelyn J. Fuse, Dee Benson and the validations of the FBI and DOJestablished Stewart as the Creator and Owner of the Matrix and Terminator Movie Franchises. https://www.amazon.com/Mother-Matrix-Sophia-Stewart-Story/dp/0978539605

@Sophia_Stewart I am the Creator/Writer of The MATRIX & TERMINATOR Films. The official owner of both franchises as per adjudicated in the Utah Federal Courts 9/25/2014

Comments:
Ambassador Ausar6 Sophia Stewart should be a billionaire and in complete control of the Matrix and Terminator franchise! Listening to her speak along with her breakdown of the concepts it’s easy to see this is her work. When I listen to the Wachowski brothers or sisters they don’t have a grasp of the concept of Matrix the same nor can they articulate it as such. Sad theft of a great work. When it’s all said and done Sophia might disappear from history except for those who know but the Wachowski’s will live on.

I looked at the court documents on PACER and I believe she is telling the truth. The Terminator and the Matrix are one story if you were paying attention. Neo Is actually John Connor all grown up continuing his fight with Skynet