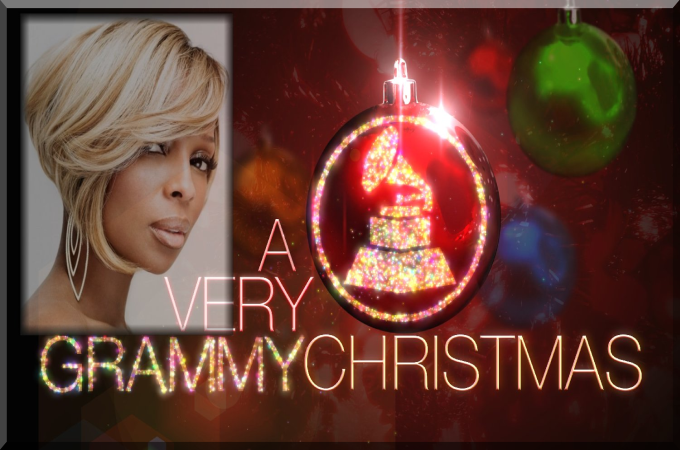 Nominations for the 57th Annual GRAMMY Awards®
Will Be Announced the Morning of Dec. 5th, with
Album Of The Year Nominees Revealed on the Broadcast
#GRAMMYxmas

Nine-time GRAMMY® winner Mary J. Blige is the latest performer announced for “A Very GRAMMY Christmas,” and two-time GRAMMY winner LL COOL J will host the new one-hour entertainment special, which will include performances of holiday songs and current pop hits, as well as artists sharing their favorite holiday and GRAMMY memories.

“A Very GRAMMY Christmas” will air on Friday, Dec. 5th, 9-10 p.m. ET/PT, and will be broadcast in HDTV and 5.1 surround sound on the CBS Television Network.

In addition to performances, the nominations in the Album Of The Year category for the 57th Annual GRAMMY Awards® will be announced during the broadcast of “A Very GRAMMY Christmas.” All other nominations (82 of 83 categories) will be revealed the morning of Dec. 5th. Further details regarding the unveiling of 57th GRAMMY nominations will be announced shortly.

“A Very GRAMMY Christmas” will tape on Tuesday, Nov. 18, at the Shrine Auditorium in Los Angeles. Tickets for the general public are on sale now at www.ticketmaster.com or via Ticketmaster charge-by-phone lines at 866.448.7849.

The road to Music’s Biggest Night® begins with “A Very GRAMMY Christmas” and culminates with the 57th Annual GRAMMY Awards,

Last year’s airing of “The GRAMMY Nominations Concert Live!! — Countdown To Music’s Biggest Night” helped lead to stellar ratings for the 56th Annual GRAMMY Awards, which ultimately garnered more than 30 million viewers — the second-largest audience for the awards broadcast since 1993. The telecast also was the biggest social television event at the time, with 34 million social media interactions (with statistics compiled by Facebook, Instagram, Tumblr, and Twitter).

The Academy continues to focus on its mission of recognizing musical excellence, advocating for the well-being of music makers and ensuring music remains an indelible part of our culture. For more information about The Academy, please visit www.grammy.com.  For breaking news and exclusive content, follow @TheGRAMMYs on Twitter, like “The GRAMMYs” on Facebook, and join the GRAMMYs’ social communities on Google+, Instagram, Tumblr, and YouTube.