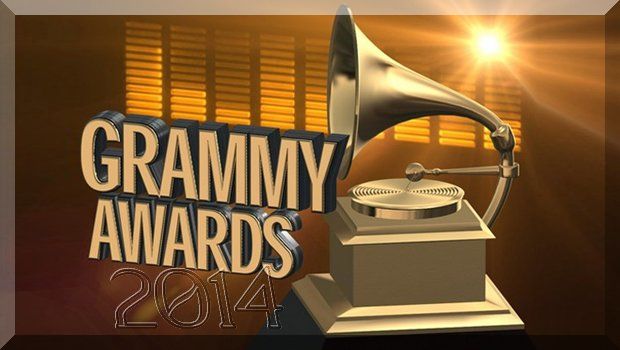 The Recording Academy® and Hyundai today announced the launch of Amplifier Center Stage: A GRAMMY U® Initiative — a catalyst for music innovation and artist development in the digital era. The program, which unites emerging and aspiring artists with established artists to mentor their careers, will run through the 56th Annual GRAMMY Awards® season with the winners announced at an official GRAMMY® Week event on Thursday, Jan. 23, 2014. GRAMMY® Week culminates with the 56th Annual GRAMMY Awards on Sunday, Jan. 26, 2014, airing live on the CBS Television Network, at 8 p.m. ET/PT. For updates and breaking news, please visit The Recording Academy’s social networks on Twitter and Facebook.

The 2014 program will include curators from an array of musical genres; GRAMMY-winning jazz pianist Robert Glasper, pop singer Ariana Grande, GRAMMY-nominated country artist Hunter Hayes, and hip-hop artist Kendrick Lamar are on board as curators for Amplifier Center Stage. This diverse and celebrated group of musicians builds off the highly-successful 2013 program, as curated by Mike Shinoda, member of two-time GRAMMY-winning band Linkin Park.  The 2014 ambassador for Amplifier Center Stage will be announced at the beginning of December.

The Amplifier Center Stage online platform allows emerging musicians to share their songs via SoundCloud for a chance to have their music vetted by a panel of music icons. Membership in GRAMMY U is not required to participate.

“We are excited for The Recording Academy and GRAMMY U to partner with Hyundai for this initiative. With more than 5,000 students in 400 universities across the nation, GRAMMY U is becoming the fastest-growing level of membership within our organization,” said Neil Portnow, President/CEO of The Recording Academy. “We are grateful to be able to help educate and encourage those students who aspire to be part of the music community, and we are looking forward to receiving and reviewing a vast collection of hopeful, talented participants with this year’s Amplifier Center Stage.”

Amplifier Center Stage is part of Hyundai’s multiyear partnership as the “Official Vehicle Partner” of the GRAMMY Awards. Hyundai teamed with The Recording Academy and GRAMMY U to create an innovative online platform designed to provide professional mentoring and exposure for artists discovered and amplified through Amplifier Center Stage.

“Hyundai’s partnership with The Recording Academy ties music’s biggest brand with Hyundai’s passion for creativity and innovation,” said Steve Shannon, Vice President of Marketing, Hyundai Motor America. “We look forward to continuing our successful relationship with the Amplifier Center Stage program, which celebrates the next generation of musical talent and connects with an audience with a shared love of musical innovation.”

Amplifier Center Stage curators select talent based on criteria including quality as well as an emerging artists’ “amplification”— the amount of shares/likes they achieve. The four curators narrow the entrants down to the top 8, with two artists selected per curator. An Amplifier Center Stage ambassador then selects the final three winners and chooses which prize package each winner is awarded. The winning packages include a recording session and professionally produced track with a leading GRAMMY-winning producer, production of a music video with a noted producer and/or director, or a key live performance slot on a major tour and/or festival. For additional information about the program and how to participate, please visit www.grammy.com/amplifier.

ABOUT GRAMMY U
The Recording Academy’s GRAMMY U program is a unique and fast-growing community of college students, primarily between the ages of 17 and 25, who are pursuing a career in the recording industry. GRAMMY U events and special programs touch on all aspects of the music industry, from both artistic and business perspectives. Programs and events such as GRAMMY U SoundChecks, MasterClass, Off The Record and Breaking Into The Business are scheduled throughout the school year to give GRAMMY U members a wide variety of experiences and professional development. As members of The Recording Academy, participants have extraordinary access to the industry and its artists, including established songwriters, musicians, producers, remixers, art directors, and executives — plus thousands of other students who are destined to shape tomorrow’s music scene. For more information, please visit www.grammyu.com.

ABOUT HYUNDAI MOTOR AMERICA
Hyundai Motor America, headquartered in Costa Mesa, Calif., is a subsidiary of Hyundai Motor Co. of Korea. Hyundai vehicles are distributed throughout the United States by Hyundai Motor America and are sold and serviced through more than 820 dealerships nationwide. All Hyundai vehicles sold in the U.S. are covered by the Hyundai Assurance program, which includes the 5-year/60,000-mile fully transferable new vehicle warranty, Hyundai’s 10-year/100,000-mile powertrain warranty, and five years of complimentary Roadside Assistance. For more details on Hyundai Assurance, please visit www.HyundaiAssurance.com. Please visit our media website at www.hyundainews.com and our blog at www.hyundailikesunday.com. Hyundai Motor America on Twitter, YouTube and Facebook.

ABOUT THE RECORDING ACADEMY
Established in 1957, The Recording Academy is an organization of musicians, songwriters, producers, engineers and recording professionals that is dedicated to improving the cultural condition and quality of life for music and its makers. Internationally known for the GRAMMY Awards — the preeminent peer-recognized award for musical excellence and the most credible brand in music — The Recording Academy is responsible for groundbreaking professional development, cultural enrichment, advocacy, education and human services programs. The Academy continues to focus on its mission of recognizing musical excellence, advocating for the well-being of music makers and ensuring music remains an indelible part of our culture. For more information about The Academy, please visit www.grammy.com. For breaking news and exclusive content, follow @TheGRAMMYs on Twitter, like “The GRAMMYs” on Facebook, and join The GRAMMYs’ social communities on Foursquare, GetGlue, Google +,Instagram, Pinterest, Tumblr, and YouTube.