The Board of Trustees of the Barnes Foundation today announced that they have elected three new Trustees: Philadelphia-native John J. Aglialoro, independent entrepreneur and Chairman and co-founder of UM Holdings Ltd; Catherine (Cathy) Hughes, Chairperson and Founder of Radio One, Inc., the largest Urban American owned and operated broadcast company in the United States; and Gregory Charles Miller, a pharmaceutical industry executive and longtime education philanthropist. Mr. Aglialoro and Mr. Miller were nominated by Lincoln University.

“The Board and staff of the Barnes Foundation join me in welcoming John, Cathy and Gregory to the Board of Trustees,” said Mr. Joseph Neubauer, Chairman of the Barnes Foundation Board of Trustees. “They each bring a wealth of knowledge and experience to the table. We thank them in advance for their service as we continue to steward this world-class educational institution.” 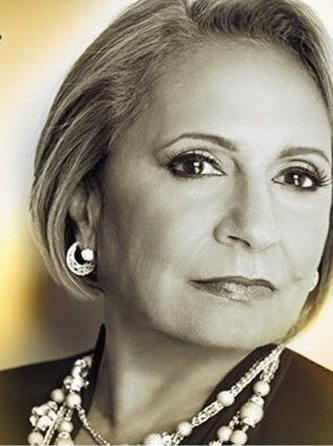 Catherine L. Hughes is the Founder and Chairperson of Radio One, Inc., the largest Urban American owned and operated broadcast company in the United States. Radio One, Inc. is an urban-oriented, multi-media company that primarily targets urban consumers; Hughes currently owns and operates 54 broadcast stations located in 16 urban markets in the United States, and is the parent corporation of TV One, Reach Media and Interactive One. Radio One became a public company in 1999, making Hughes the first Urban American woman to chair a publicly held corporation.

John J. Aglialoro, who was born in Philadelphia and is a graduate of Temple University, is an entrepreneur who has owned and operated a variety of businesses for the past 40 years as Chairman and co-founder of UM Holdings Ltd. of Haddonfield, New Jersey. Aglialoro is Chairman of CYBEX, a manufacturer of commercial exercise equipment owned by UM Holdings; owner of the movie rights to Ayn Rand’s Atlas Shrugged and CEO of Atlas Distribution; Mayor of Tavistock Borough in Tavistock, New Jersey; a Trustees of The Atlas Society, an objectivist think-tank; and Chairman of EHE International, a UM company headquartered in Manhattan that provides physical examinations and corporate wellness programs.

Gregory Charles Miller is a graduate of Lincoln University and owner of GMP Consortium, LLC. He began a 37 year career in the pharmaceutical industry as a Quality Control Inspector at what is now Merck & Co, and joined what is now GlaxoSmithKline in 1986 and rose through the ranks to Director of 3rd Party Auditing. An advocate of education as a means to foster self-help and self-improvement, Miller served on the Board of Trustees and as Vice Chairman of the Board at Lincoln University, where he established the endowed Gregory C. Miller Scholarship to benefit students in need who are majoring in the physical sciences, and on the Board of Managers for the Historic Christian Street YMCA; and established the Juanita Claire Miller Memorial Scholarship at South Philadelphia High School in honor of his mother who passed away at a young age.

The Board of Trustees of the Barnes Foundation

About the Barnes Foundation
The Barnes Foundation (barnesfoundation.org) was established by Albert C. Barnes in 1922 to “promote the advancement of education and the appreciation of the fine arts and horticulture.” The Barnes holds one of the finest collections of post-impressionist and early modern paintings, with extensive works by Pierre-Auguste Renoir, Paul Cézanne, Henri Matisse, Pablo Picasso, Henri Rousseau, Amedeo Modigliani, Chaim Soutine, and Giorgio de Chirico; American masters Charles Demuth, William Glackens, Horace Pippin and Maurice Prendergast; old master paintings; important examples of African sculpture; Native American ceramics, jewelry and textiles; American paintings and decorative arts; and antiquities from the Mediterranean region and Asia. The Barnes Foundation’s Art and Aesthetics programs engage diverse audiences. These programs, held at the Philadelphia campus, online, and in Philadelphia communities, advance the mission through progressive, experimental, and interdisciplinary teaching and learning.

In May 2012, the Barnes Foundation opened a new facility on the Benjamin Franklin Parkway designed by Tod Williams Billie Tsien Architects. The Philadelphia campus is home to the Foundation’s world-famous art collection and changing exhibitions in its 5,000-square-foot Roberts Gallery. Currently on view through February 16, 2015 is William Glackens, and opening on May 16, 2015 is Mark Dion, Judy Pfaff, Fred Wilson: The Order of Things.

The Barnes Arboretum, at the Merion campus, contains more than 2,000 varieties of trees and woody plants, many of them rare. Founded in the 1880s by Joseph Lapsley Wilson and expanded under the direction of Mrs. Laura L. Barnes, the collection includes a fern-leaf beech (Fagus sylvatica ‘Laciniata’), a dove tree (Davidia involucrata), a monkey-puzzle tree (Araucaria araucana), and a redwood (Sequoia sempervirens). Other important plant collections include lilacs, peonies, Stewartias and magnolias. The Horticulture school at the Barnes Foundation in Merion has offered a comprehensive three-year certificate course in the botanical sciences, horticulture, garden aesthetics, and design since its establishment in 1940 by Mrs. Barnes.

Cathy Hughes Elected To Board Of Trustees