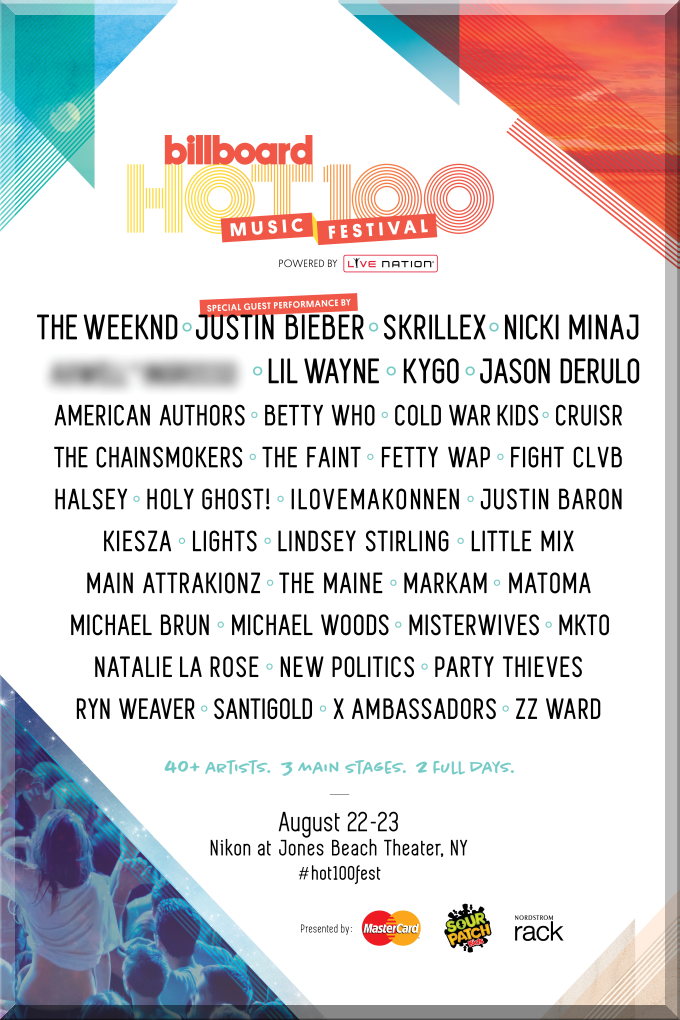 The concert series, which is being produced in a joint partnership between Billboard and LiveNation, will feature three separate stages over the course of the jam-packed two days. Resale begins on July 13, and you can get your tickets right here Live Nation

“With this first-of-its-kind festival on the beach just outside New York City, Billboard is officially expanding its live event footprint,” Billboard president John Amato said in a statement. “The iconic Jones Beach will be fully transformed into a true festival experience with multiple stages and a festival village.”

Live Nation’s President and CEO Michael Rapino also commented on the festival, saying, “The Hot 100 Music Festival will be one of those truly memorable summer concert events. We are very excited to bring fans some of summer 2015’s chart toppers in a venue that will showcase the best these artists have to offer.”

Tickets for the festival go on sale to the general public on Live Nation on July 16th at 10AM EST.