Muhammad Ali: The People’s Champ and Misty Copeland’s A Ballerina’s Tale to be featured 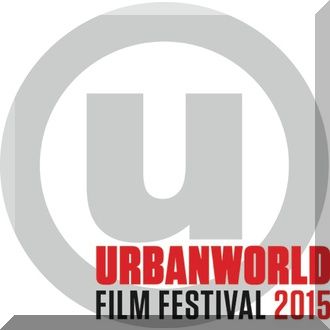 The 19th Annual Urbanworld Film Festival (https://www.urbanworld.org), presented by BET Networks (BET) with founding sponsor HBO, today announced all of the films that will be showcased.  The nation’s largest competitive multicultural film festival will screen over 80 films and will take place September 23-27, 2015 at Manhattan’s AMC Empire 25 on 234 West 42nd Street.

BET’s Muhammad Ali: The People’s Champ will serve as the opening night film at 7:30 p.m. on Wednesday, September 23rd. The biographical tribute to the former heavyweight champion, directed and executive produced by Clarence “Coodie” Simmons and Chike Ozah, will connect the fighter’s boxing prowess as well as his social media activism, to the millennial audience to reveal Ali’s meaning in the world today.

“BET is honored to return as presenting sponsor of the 2015 Urbanworld Film Festival, an important platform for diverse content makers and film lovers alike,” said Constance Orlando, Senior Vice President of Music, Specials and News for BET Networks. “We are also excited to launch BET’s original news documentary series with the film, “Muhammad Ali: The People’s Champ,” during the festival’s opening night.

A Ballerina’s Tale will close the festival on Saturday, September 26 at 8:30pm. The film is an intimate look at a crucial period in the career of principal dancer Misty Copeland of American Ballet Theatre (ABT). It follows Misty from her triumphant lead performance in Igor Stravinsky’s Firebird at New York’s Metropolitan Opera House at Lincoln Center through her painful injury and recovery that followed, to her return to ABT and subsequent pop cultural icon status.

The documentary, directed by Nelson George, also examines issues of race and body image in the elite ballet world.  Sundance Selects will release the film theatrically and on VOD on October 14th.  After the screening, there will be a Q&A with Copeland and George.

“With BET and HBO as our returning partners for the festival, we continue to highlight important stories that the world needs to see,” said Gabrielle Glore, Festival Director for Urbanworld Film Festival.  “This year’s festival slate features a diverse collection of films representing culture from across the globe, allowing us to deliver Urbanworld’s most internationally curated content to date.  We are proud that Urbanworld continues to be ‘THE’ destination for both filmmakers, studios and networks to connect with multicultural audiences.”

For additional announcements in September, go to https://www.urbanworld.org