rawdoggtv.com Same great city with an exciting new host – this year’s “BET HIP HOP AWARDS 2013” will be hosted by the one and only Snoop Dogg, respectfully known amongst his peers and celebrity friends as “Uncle Snoop”! With more than 20 years in the industry, Snoop has created the blueprint for a long-standing career and has become revered as a mentor to both new and established artists. BET Networks made the announcement Thursday, August 22nd on “106 & PARK’s” annual “BET HIP HOP AWARDS 2013” nomination special. This is the first time Uncle Snoop has hosted the “BET HIP HOP AWARDS.”

“I’m excited to be hosting this year’s ‘BET Hip Hop Awards 2013,’ ” said Snoop. “We’re going to have fun this year and I will make it a show to remember, ya dig?! I’ll be giving a ton of surprises, showcasing my exclusive GGN News clips and bringing all my nieces and nephews to the stage for an exciting night of hip-hop.”

The multi-platinum artist, actor and entertainment icon appeared LIVE in studio and promised that this year’s show will be a true tribute to real hip hop culture. In its eighth year, the “BET HIP HOP AWARDS 2013” (#hiphopawards) returns to The Boisfeuillet Jones Atlanta Civic Center in Atlanta, GA. The “BET HIP HOP AWARDS 2013” tapes on Saturday, September 28, 2013 and premieres Tuesday, October 15, 2013 at 8:00 P.M.* bethiphopawards.blogspot.com

“Snoop is a pop culture icon who has millions of fans around the world. We are thrilled to have Uncle Snoop preside over the ‘BET Hip Hop Awards 2013’ and bring his unique blend of humor, wit, credibility and fun to the show. Get ready for something you’ve never seen!” – Stephen G. Hill President of Music Programming and Specials, BET Networks.

Also, the highly anticipated “BET HIP HOP AWARDS 2013” cyphers, sponsored in part by Sprite, will once again be a part of this year’s show with the hottest MCs delivering 16 bars that everyone will be talking about for the rest of the year. Additionally, the “I AM HIP HOP” award will be presented by Sprite. bethiphopawards2007.blogspot.com

Join the conversation on social media by logging on to BET’s multiple social media platforms:
• On Twitter by using hashtag: #HipHopAwards; follow us @HipHopAwards and @BET
• On Facebook by liking the fan page at facebook.com/HipHopAwards 2013betaward.com

BET.com Voting
To vote, head over to BET.com/PeoplesChamp

About Snoop Dogg (“Uncle Snoop”)
An entertainment icon and with more than 20 years in the business, Snoop continues to pave the way in the hip-hop industry, serving as a mentor to many new and established artists. Being the trendsetter he is, Snoop stands at the forefront of popular culture with award-winning and multi-platinum albums and songs, critically acclaimed films and television shows, lifestyle products, philanthropic efforts and digital ventures, including his YouTube original series “GGN News.” Snoop defines hip-hop history. He’s set records with his seminal album Doggystyle, which debuted at #1 on the Billboard 200 chart and sold over 800,000 copies in the first week. Throughout his career, Snoop’s produced chart-topping hits including “Gin & Juice,” “Who Am I? (What’s My Name?),” “Nuthin’ But A ‘G’ Thang,” “Next Episode,” “Beautiful,” “Drop It Like It’s Hot,” “Signs,” “Sensual Seduction” and “I Wanna Rock.” He continues to awe millions of fans around the world with innovative initiatives, including his recent Coachella performance with longtime friend Dr. Dre and the infamous Tupac hologram, as well as releasing one of the most popular celebrity mobile apps Snoopify, reaching nearly one million users within the first week. Through his film production company, Snoopadelic Films, Snoop has produced an array of movies, including his film with Wiz Khalifa, Mac and Devin Go To High School, featuring the three times platinum and recent Grammy Award Nominee song, “Young, Wild and Free.” Furthermore, he produced his latest Snoopadelic release in conjunction with VICE Media, Reincarnated, which documents Snoop’s journey through reggae culture and Jamaica while recording his latest album (of the same title) with executive producer Diplo and Major Lazer. Snoop’s non-profit work in the community is commendable, as he established the Snoop Youth Football League (SYFL) in 2005 to give children between the ages of five and 13 the opportunity to participate in youth football and cheer. SYFL teaches them the values of teamwork, good sportsmanship, discipline, and academics. Today, SYFL boasts 30 teams, more than 1,200 players and over 75 cheerleaders.
Follow Snoop Dogg on Twitter (@SnoopDogg), Instagram (@SnoopDogg), Facebook.com/SnoopDogg, YouTube.com/WestFestTV and SnoopDogg.com rawdoggtv.com 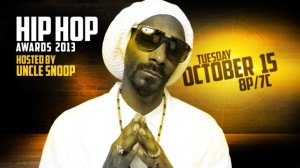