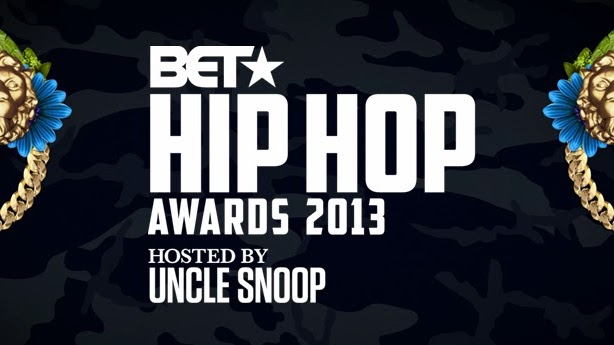 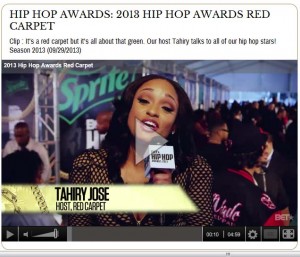 Log On Now to BET.com/HipHopAwards to get the latest and greatest from Hip Hop’s Biggest Celebration of the Year!

Copy the Embed Code below to Snag and Post: <iframesrc=”https://www.bet.com/content/betcom/video/hiphopawards/2013/exclusives/red-carpet-goes-green.share.html” width=”638″ height=”535″ frameborder=”0″/>

Photos:Photo Flipbooks Include: Show Highlights, Rehearsals, Hip Hop Over The Years, Red Carpet, I Rocked The Party and much more!
To View Click on https://www.bet.com/shows/hip-hop-awards/photos.html

• BET.com/HipHopAwards is your source for all things “cypher”

• Click on the image above NOW to watch an exclusive digital cypher featuring Astro, Asia Sparks, Bad Lucc and Problem.

• Also, BET.com will showcase all the cyphers from “BET HIP HOP AWARDS 2013” immediately following the show.

• #thisishiphop
• Dedicated hash tag on Instagram and Tumblr that gives fans a voice to share what is hip hop to them.

Last year, BET HIP HOP AWARDS ‘12 telecast reigned supreme in the social media and digital world with millions of tweets regarding the awards. According to Trendrr.tv, the BET HIP HOP AWARDS ’12 was the #1 Social TV program on cable for October 9, 2013 with more than 2.6 million interactions. Over 75 worldwide top trending topics on Twitter were traced back to the telecast’s explosive cyphers and performances including “DMX Voice,” “HipHopAwards” and “2chainzplayingpiano.” The BET HIP HOP AWARDS ‘12 also set a record for BET.com traffic—double digit year-over-year growth in page views (84%), daily unique visitors (33%) and video views (18%). On mobile, the first ever BET HIP HOP AWARDS ‘12 app received over 300,000 downloads.

To become a BET.com member and register for our BET Newsletter log on to https://www.bet.com/register.html