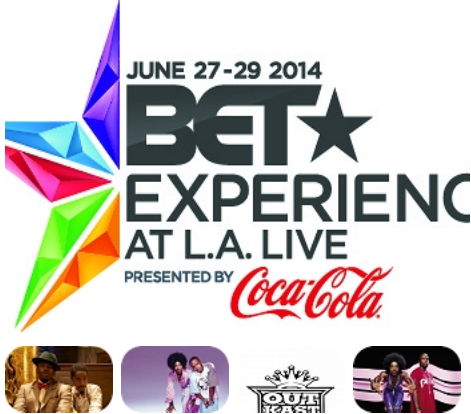 Celebrating their 20-year anniversary, and coming off of their long-awaited reunion at Coachella, OUTKAST are ready to create history as they take the STAPLES Center stage by storm on Saturday, June 28, 2014 alongside Rick Ross, A$AP Rocky, K. Michelle, Ty Dolla $ign, August Alsina and hosted by DJ Khaled.

Gold and Diamond VIP Packages:  To have exclusive access to the best seats and roll like a true VIP throughout the weekend, a limited number of VIP Packages are available. Both the Gold and Diamond VIP Packages include the only public access to purchasing “BET Awards” tickets.  Get the best of everything with the Diamond Package that includes hospitality throughout the weekend, a special “BET Awards” red carpet experience and much more!  For information about ticket sales, VIP Packages, accommodations and the latest news about the BET Experience, visit https://www.BET.com/BETX