TICKETS FOR THE “BET AWARDS” CAN BE PURCHASED AT BET.COM/BETX 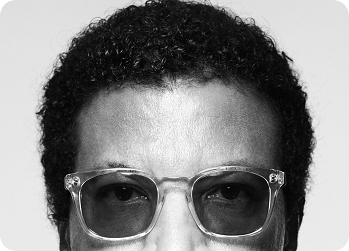 The BET Lifetime Achievement Award is bestowed upon the most significant and influential individuals in music history, and Lionel Richie is no exception.  With over 100 million albums sold worldwide, five Grammy® Awards, 16 American Music Awards, a Golden Globe Award and an Oscar®,

Richie’s accolades recognize him not only as a genius musician, but as an artist whose talents reach into all forms of expression.

In 1968, against his parents’ wishes, Richie joined The Commodores, playing both saxophone and piano.  Just three years later, the group was discovered by Motown executives Skip Miller and Berry Gordy and given a record deal.

The group began their international success as the opening act for The Jackson 5, continuing on to have a variety of chart-topping singles including “Brick House,” “Just To Be Close To You,” and “Too Hot Ta Trot.”  In 1981, under tutelage from some of the greatest names in music history, Richie decided to pursue a solo career, which made him one of the most successful artists of the 1980s.

He earned nine #1 singles, including many that are still celebrated in pop culture today – “Endless Love,” “Truly,” “Hello,” and “Say You (Say Me)” for which he won an Oscar® and Golden Globe.

To this day, Richie continues his work as a performer, writer, mentor, father and grandfather.  His three-decade career sets the bar for young artists looking to build successful life-long careers. BET AWARDS 2014