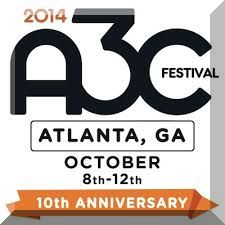 The Scene: This multistage extravaganza, set to the backdrop of palm trees and desert mountains, offers nonstop live music. Known to draw celebrity attendees and hundreds of campers, other highlights include a large Ferris wheel and numerous art installations. For those unable to make it out to the desert, you can stream weekend one of the festival online.
Connect: @coachella

The Scene: Less than a week after Coachella, Indio will play host to “California’s country music festival.” In addition to music, other attractions include Clydesdale horses, a barbecue contest, a record store, karaoke, and a supermarket shuttle in case you need some supplies.
Connect: @stagecoach

The Scene: Celebrating its 45th anniversary, this 10-day event honors the birthplace of jazz with all that jazz and more. New Orleans highlights its rich cultural history with several craft showcases, the Cultural Exchange Pavilion and down-home Cajun food, including alligator pie.
Connect: @jazzfest

The Scene: Taking place over Memorial Day weekend, Rocklahoma is about three things: “life, liberty and the pursuit of rock.” Weekend camping is available, with features including a 24-hour convenience store for rockin’ necessities.
Connect: @Rocklahoma

The Scene: With more than 10 stages spread across 700 acres of Tennessee nature, Bonnaroo maintains its own special feeling of camaraderie. Between sets, festivalgoers will enjoy comedy, film, shopping, water slides, and a complementary hair washing and styling station.
Connect: @Bonnaroo

The Scene: Set in the lush wooded atmosphere of the Dover International Speedway, Firefly is considered the East Coast’s “premier music experience.” The lineup offers something for every fan, from alternative rock (Third Eye Blind) and dance/electronica (Pretty Lights) to folk/rock (Amos Lee) and rap (Childish Gambino). Plus, as its name suggests, Firefly features lighting and video displays throughout the forest that will “put your neighborhood Christmas-lighting enthusiast to shame.”
Connect: @LiveAtFirefly

The Scene: Celebrating its 20th anniversary in 2014, the Essence Festival is putting the “big” in the Big Easy by hosting some of R&B’s biggest stars at the Mercedes-Benz Superdome during Fourth of July weekend. The festival will also host a bevy of inspirational guest speakers, including Yolanda Adams, Donnie McClurkin and Rev. Al Sharpton, among others.
Connect: @essencefest

The Scene: A reasonably priced ducat for the punk rock disaffected, the Vans Warped Tour has always drawn a diverse crowd of rock, goth, metal, and punk fans, and has served as the breakout tour for many up-and-coming acts. Under 18? You can bring a parent or guardian for free.
Connect: @VansWarpedTour

The Scene: The venerable Perry Farrell-curated festival, which has called Chicago’s Grant Park home since 2005, has become so popular that in 2011 it expanded its scope into South America, launching festivals in both Chile and Brazil. The Chicago festival now features multiple stages and more than 100 artists.
Connect: @lollapalooza

The Scene: One of the last festivals of the season takes place, appropriately, in the “Live Music Capital of the World.” As a result of its growing popularity, in 2013 ACL pulled a Coachella and expanded its festival to two weekends.
Connect: @aclfestival

The Scene: Celebrating its 10th year, A3C has become the preeminent hip-hop festival in the United States. It’s grown from a regional showcase to an internationally renowned cultural experience that intersects music, education, art, film, fashion, and pro-audio.
Connect: @A3C