TikTok competitor Triller was released before ByteDance’s app.  But that’s an important fact to consider today as we learn that the latter, US based, video sharing app has sued Chinese-owned rival TikTok for patent infringement.

The 19-page legal document, which you can read in full here here, was filed in Texas yesterday (July 29).

The suit names both ByteDance and TikTok and alleges that they have infringed U.S. Patent No. 9,691,429 titled, “Systems and methods for creating music videos synchronized with an audio track”.  Moreover…………

According to Triller CEO Mike Lu, the company was “shocked to learn” that TikTok is allegedly “using their influencer funds to pay influencers to actually not post on Triller”, which he suggests is a “serious anti trust violation” and that the complaint will be amended shortly to include this allegation…. Ref: MBW 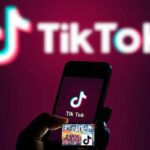 TikTok, the popular short form video app, has been sued by rival Triller, which accused it of infringing its patent for stitching together multiple music videos with a single audio track.

Triller said in a complaint filed on Wednesday that TikTok and its Chinese-owned parent ByteDance Ltd willfully infringed the June 2017 patent by importing and selling its app for iPhones and Android-based smartphones.

The complaint was filed with the U.S. District Court for the Western District of Texas, which includes Austin. It focuses on “Green Screen Video,” a feature TikTok rolled out last December that lets users shoot multiple videos and synchronize them with an audio track.

Triller is based in Los Angeles, and became known for its focus on hip-hop music.

It is seeking an injunction against further infringements plus unspecified damages from TikTok, which has offices in Austin.