First GAMESTOP, Next…SILVER? Will This Be the Biggest Short Squeeze In History? 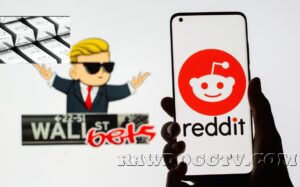 Something in the financial Universe just broke… In tonight’s must-watch update, Jeff Clark relays many of your questions from today including: “Mike, what’s your reaction to the Reddit community taking on silver and driving the price higher?”, “Do you see this rise in price as sustainable?”, and “What are the advantages and disadvantages of what’s happened? Get some popcorn ready, this video clocks in at 24 minutes long…enjoy.  First GameStop, Next…Silver?

https://goldsilver.com/​ and entering your email address in the ‘Get Market Alerts’ box at the bottom of the page. As always, thank you for your support. M.

Reddit day traders are turning to silver for their next short-squeeze target after being restricted from hot stocks like GameStop and AMC on some trading platforms.

Reddit’s WallStreetBets has been the talk of the market over the past few weeks as the forum used retail traders’ purchasing power to put the squeeze on institutional investors and short-sellers.

Now it appears the day traders of Reddit have found their next target in precious metals.

“Silver Bullion Market is one of the most manipulated on earth. Any short squeeze in silver paper shorts would be EPIC,”  a user on Reddit’s WallStreetBets posted. “We know billion banks are manipulating gold and silver to cover real inflation. Both the industrial case and monetary case, debt printing has never been more favorable for the No. 1 inflation hedge Silver.”

Another post on the site said, “inflation-adjusted Silver should be at 1000$ instead of 25$. Why not squeeze $SLV to real physical price. Think about the Gainz. If you don’t care about the gains, think about the banks like JP MORGAN you’d be destroying along the way.”

The iShares Silver Trust gained as much as 7.2% on Thursday morning after the posts, a significant move for an ETF that normally has low volatility.

Spot silver also gained 6.8% before paring gains, while individual names in the industry like First Majestic Silver were probably the biggest beneficiaries of the move.

“There’s a short squeeze going on in silver. The ‘hoodies’ are all rolling into silver, and the party is on,” Phil Streible, chief market strategist at Blue Line Futures, told Bloomberg. “All those other stocks like GameStop and AMC, they’re dumping because they’ve been restricted, and they gotta go into other short opportunities, and silver is an easily identifiable target.”

Silver prices have been muted for months after falling from highs of $28.30 an ounce last August.

The precious metal is generally not a volatile commodity, making Thursday’s spike in price notable. Spot silver has traded between $14 and $28 for the past five years.

Precious metal bulls are taking note of the price action. Peter Schiff, CEO of Euro Pacific Capital, said on Twitter, “It looks like the #reddit raiders have turned their attention to #silver stocks. They’re getting smarter. Silver stocks are actually cheap, and represent good investment value. The fact that some investors were foolish enough to short these stocks makes their trade even better.”